La Clementina, the other great scam of Correísmo

The delivery of La Clementina at the end of 2013 to its workers will go down in history as one of the most emblematic and sobering frauds of populism: it was of no use to the workers’ cooperative that were supposed to be its owners, the State hardly he has recovered a minimal fraction of the money he put in the debt that they gave to that cooperative for its purchase and now everything indicates that it is most likely that he will never get it back. A fiasco. 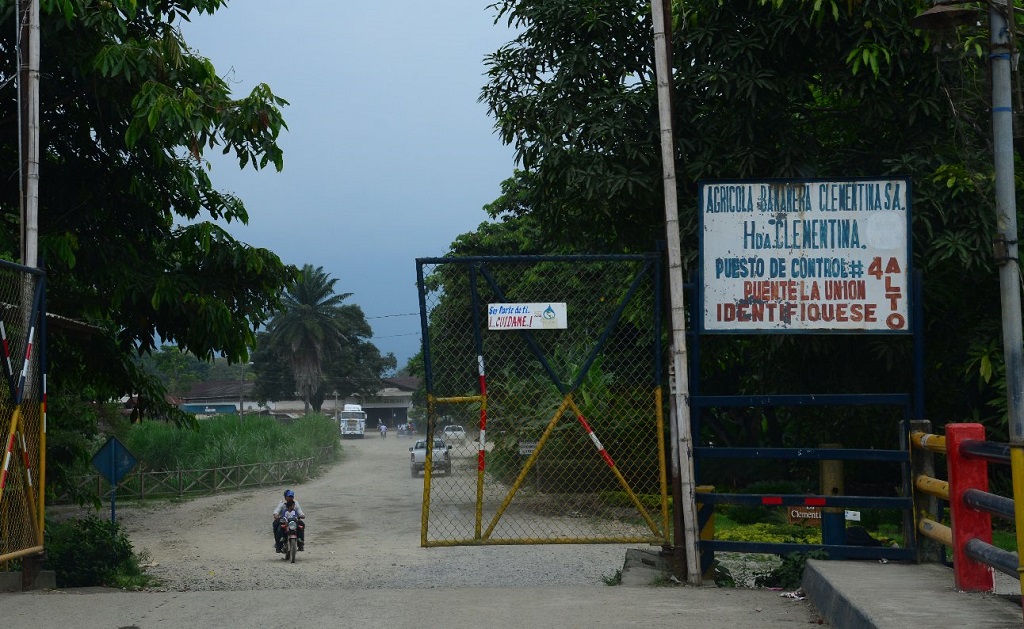 La Clementina, the other great scam of Correísmo

The mythical banana farm, which was owned by Álvaro Noboa, ended up being usufruct not by the current workers, but by an obscure company of supposed Russian businessmen that has not paid a penny of capital of the loan of 75 million dollars that the National Finance Corporation , CFN, delivered in 2014 to the cooperative, nor fulfilled all the interest payments. According to information from the CFN, the Koval company has not made interest payments in three quarters of 2019 and 2020. In short, a worse scenario than the one outlined by President Guillermo Lasso during his interview with José Hernández of 4P where, Without mentioning the name, he said that the administrators of La Clementina have only paid interest and not a penny of capital.

The only money that the CFN recovered was 5.5 million dollars in 2017 when the Ministry of the Environment at that time expropriated 2,145 hectares of a supposed protective forest for that amount. That is to say, the only capital recovered also came from the State and at the cost of having dismembered making it, with which it lost its original value. This happened before Koval had taken over the administration.

From the beginning, the loan was granted under special conditions. Initially, it was going to have a rate of 8%, but in the end it dropped to 5%; and two years of grace were granted, although at first only 12 months were discussed. Despite this, the cooperative has sought facilities to meet the debt on two occasions. The first request was approved by the CFN in 2017, the year in which the farm closed with 3.5 million dollars in losses. The administrations of Rafael Correa and Lenin Moreno did everything possible to benefit, first the cooperative and then the administrators of Koval.

Now, the situation of La Clementina is reaching extreme situations: most of the workers, who are supposed to be the owners, are in conflict with the leadership of the cooperative, which is the one that reached the agreement with Koval: they accuse the leaders of having done it illegally and that this association harms them because nothing of what is produced reaches them. Not only that, according to the information they brought to the Assembly last week, the inadequate attention to the plantation has made Dole no longer buy their production from him.

Koval’s entry to the farm occurred on March 8, 2018 when 27 members of the 30 representatives of the Cooproval cooperative decided to hand over the administration to that company. According to the workers who went to the Assembly, the Russian owners of the company are just a front for the real owner of the administrator: Miguel Macías Ulloa.

The directors of the cooperative gave, according to the association contract and the constitution of an administration trust, all the rights of the business as well as the trustees and bailment. The new administration trust establishes that Koval will have the rights to collect the banana sales contracts and any other income generated by the farm.

In December 2019, the then anti-corruption secretary, Dora Ordóñez, appeared before the press to denounce the handover of the business to Koval: «Why haven’t the investigations progressed and why haven’t the trusts that have been granted been terminated? irregularly? We are going to move forward with these investigations until those responsible are found. A month later, in January 2020, Ordóñez resigned when he was left without support from the Lenín Moreno government.

La Clementina was yielded to the workers due to an act of demagoguery by the Rafael Correa government. The idea of ​​providing loans for workers to buy the properties they worked on was highly promoted by that government. The Ramada Hotel in Guayaquil and the La Magdalena farm in Imbabura are two examples of this: in none of the cases did the State recover the money, since the cooperatives that received these properties could not manage them correctly due to internal conflicts or lack of knowledge of The matter. Doing it with La Clementina was very attractive:A historic hacienda that belonged to the politician Álvaro Noboa who had served in the second round of the 2006 elections with Correa and who owed about 100 million in taxes appeared as the perfect target to create a case of 21st century socialism. The workers had, for power, a deep symbolic charge: a historical emblem of individualistic and exploitative capitalism at the hands of the exploited workers. “In a clear democratizing symptom of private property, the La Clementina ranch will pass into the hands of the workers in the next few days,” said the information from the Presidency in a bulletin entitled: “La Clementina auction, one more step towards the Social equity”. But neither the workers ended up being owners nor did the State recover what it put into the operation.Who won? It is possible that the only winners are those who ended up managing it without being owners and without complying with obligations to the State.

How is the ‘Lasso effect’ reflected in investments?