After four days of the announcement of the measures to face the crisis, the Government continues working on the urgent economic bill that will be sent to the Assembly . He offered to present it on April 11, but until yesterday, April 13, 2020, it did not arrive. 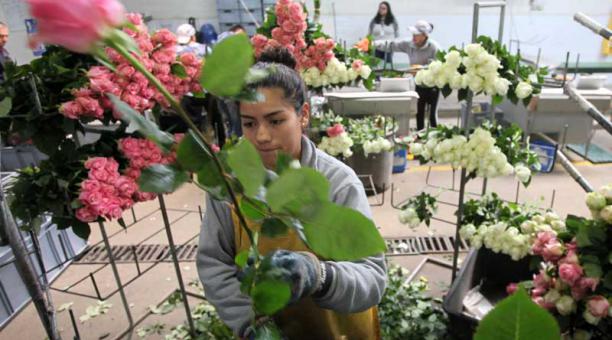 The Minister of Labor , Luis Poveda , announced yesterday that it is analyzing to expand the modality of reduction of the day .

This mechanism is stated in art. 47.1 of the Labor Code and applies in exceptional cases. This rule allows employers , with a prior agreement between the parties, to decrease the work schedule from 40 to 30 hours per week, for a period of six months , with the possibility of extending it for a similar time.

While the reduction lasts, employer contributions to social security will be paid over eight hours a day of work, says the current regulation.

The proposal seeks that the reduction can be maintained for up to two years, and with the option to renew two more years.

There will not be a certain range of hours that can be reduced, but the time will be established by consensus between the worker and the employer , depending on the circumstances that each business faces, Poveda said.

The remuneration must be in accordance with the hours actually worked and the payment of Social Security obligations will be calculated based on the earnings in the reduced working day .

Once the difficult times are over and the company resumes the usual 40-hour week, workers will once again enjoy the salary received before the reduction, the authority added.

The Labor Code states that to authorize the measure, the Ministry may require that it be demonstrated that the mechanism is necessary due to force majeure , reduction or verification of losses. Additionally, the employer must submit an austerity plan .

Since the state of emergency came into force in the country, on March 17, until today 3,327 companies decided to reduce working hours , according to official data.

In this scenario, companies and workers have embraced changes such as work suspension , reduction and change in working hours.

Poveda maintains that the intention of the proposal presented on Sunday, April 12 by the Minister of Finance, Richard Martínez , is to generate free agreements that are convenient for both parties, in times of economic difficulty, where what is required is to maintain employment and avoid the largest number of layoffs.

“We know that at the moment the activities are suspended, there is no production or liquidity to pay the salaries. In April and May you will feel the blow. What all these projects are looking for is to defend stability and workers’ rights, ”said the Minister of Labor.

For Pablo Zambrano, president of the Chamber of Industries and Productivity (CIP), the government’s proposal is in line with the reality facing business.

The CIP suggests creating a contract suspension license by mutual agreement, and while the suspension lasts the worker could receive a portion of his salary.

Zambrano also believes that at least the four reforms previously agreed in the Labor Council should be added and that they have to do with the modification of the distribution of the 40-hour day, elimination of the surcharge of the eventual contract, a contract for undertakings and a new mechanism for employer retirement .

These changes should reduce production costs , otherwise it will not have a positive effect, added Gino Descalzi, manager of Fiorentina Flowers.

The floriculture sector reported that the farms have had to benefit from the termination of contracts , due to force majeure, since demand is almost nil.

Richard Gómez, president of the Unitary Central of Workers , maintains that it is possible to sit down to look for agreements on any proposal, as long as stability and labor rights are guaranteed, and that big capital returns to be injected into the economy.

For the attorney of the Federation of Public and Private Workers , Cristóbal Buendía, it is not necessary to reform the current Code , since this document contemplates several contractual figures that can be applied by companies at this time.

However, Buendía notes that if seeking to extend the exceptional reduction in working hours, employers who request the reduction should not only justify that their company is at risk, but also make sworn statements , “so they can be criminally tried if they lied” .

The norm must look beyond the current circumstance and think about how the work will be when the health emergency passes, says Gabriel Recalde, director of the Center for Studies of Labor Policy (Cespla). He adds that aspects for teleworking and disconnection times for workers must be detailed.

According to the Confederation of Indigenous Nationalities of Ecuador (Conaie), the approaches “give free rein to the deregulation and precariousness of workers and, therefore, reduction of wages, no prohibition of dismissals, possibility to discount the quarantine with vacations”, among other problems.

In the Assembly there is no acceptance of this and other measures, such as the collection of special contributions to companies and workers. For tomorrow, April 15, the Plenary is expected to receive Poveda and the Minister of Finance, Richard Martínez.

Since 2019, the Government seeks to reform the Labor Code, without so far submitting a formal proposal to the Assembly. The National Council of Work and Wages reached four consensus, among them the distribution of work hours.

Virtual classes, the new challenge for the Ecuadorian teacher