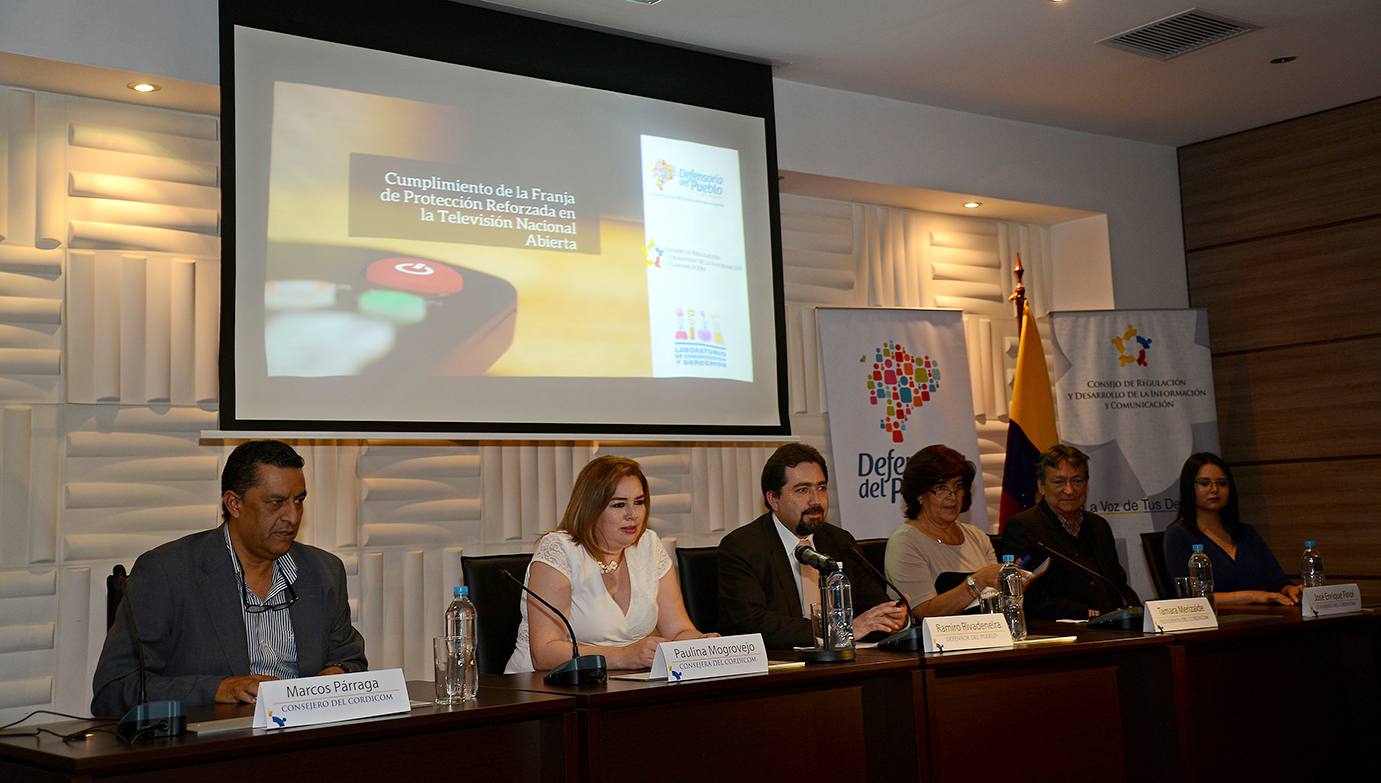 The Laboratory of Communication and Human Rights, created by the Ombudsman and the Council of Regulation of Communication (Cordicom), yesterday presented the first report on the monitoring of the Enhanced Protection strip in TV networks.

Paulina Mogrovejo, member of the Cordicom, explained that the study is an approach to find out what children and adolescents watch between 15:00 and 18:00, Monday to Friday.

The analysis shows, according to Mogrovejo, that if the child strip time lasts three hours and those programs last an hour and a half, they occupy almost 50%.

Another finding was that there is no supply of domestic production in this strip, with the exception of Educa TV. In addition to most cartoons are foreign, something that would not reflect our local reality.