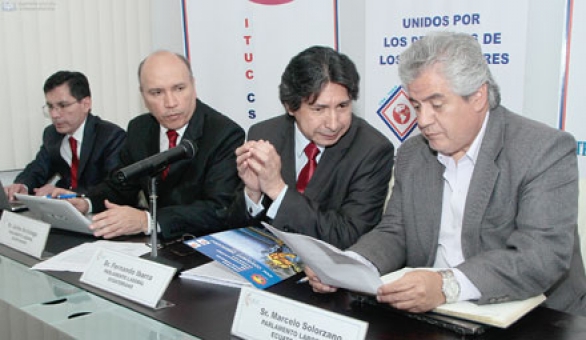 Fernando Ibarra, President of the Labour Parliament, expressed on November 24 his disagreeing the amendment that proposes that public workers who enter after the change to the Constitution are no longer regulated by the Labour Code but by the Organic Law on Public Service (Losep for its Spanish acronym).

At the Occasional Commission that processes the amendments from the National Assembly, Ibarra noted that the proposal goes against international conventions 87 and 98 Ecuador is part of.

“It would petty on our part to raise a defense only for current workers (…). Although the transient amendment protects us, the current partners (employees), it is also the duty of the Assembly to legislate protecting the rights in the future,” he said.