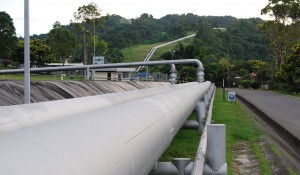 The adjustment to the state budget, announced Tuesday by Coordinating Minister of Economic Policy Patricio Rivera, will be reflected in a reduction of current spending and investment, analysts estimate in view of the current situation.

Last year the Assembly approved a proforma of $ 29.835 million, based on a price of $ 35 per oil barrel and a projected GDP growth of 1%. The average price of a barrel of Ecuadorian crude has fluctuated since January between $ 19 and $ 23, according to the National Information System. Yesterday, the estimated price was $ 19.73, according to Petroecuador.

Manta port would be concessioned to the Chilean company Agunsa