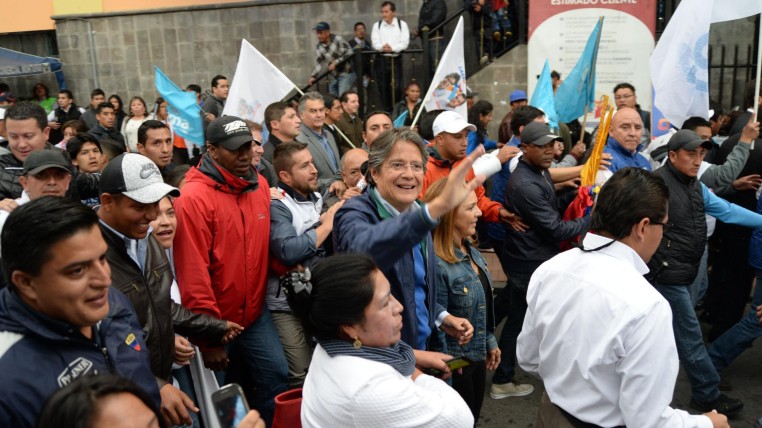 Nine days away from the national elections, and CREO candidate, Guillermo Lasso, adds to his campaign proposals a frontal challenge because of complains of corruption, involving the actual government.

During his agenda in Quito, yesterday, the candidate offered an inspection with partiality and celerity. He also offered that, if the makes it to the presidency, during the first thirty days of his government, he will reveal the list of the benefited people with the bribes of the Brazilian firm, Odebrecht. This list has been requested by the authorities in numerous occasions.

His suspicions grew on Monday. That day, Pedro Merizalde´s resignation to the general management of Petroecuador was extended. During the breaks of his interviews and speeches in an university, he affirmed that it would not surprise that, in the future, Merizalde will appear in Miami, declaring against the actual government. Merizalde has opened investigations for perjurer and money laundering.

Lasso also talks about Jorge Glas. The vice-president, who´s looking for the reelection, is, according to CREO leader, responsible for “a lot of things to answer”.

Glas was in charge of the strategic sectors during the last ten years. Since then, more corruption cases have been discovered