At the Center for the Reintroduction of the Yaguareté, in the Iberá de Corrientes National Park (Argentina), the celebration of World Jaguar Day (this November 29) was eagerly awaited, as the names of the cubs were released. jaguars that were born a few days ago. 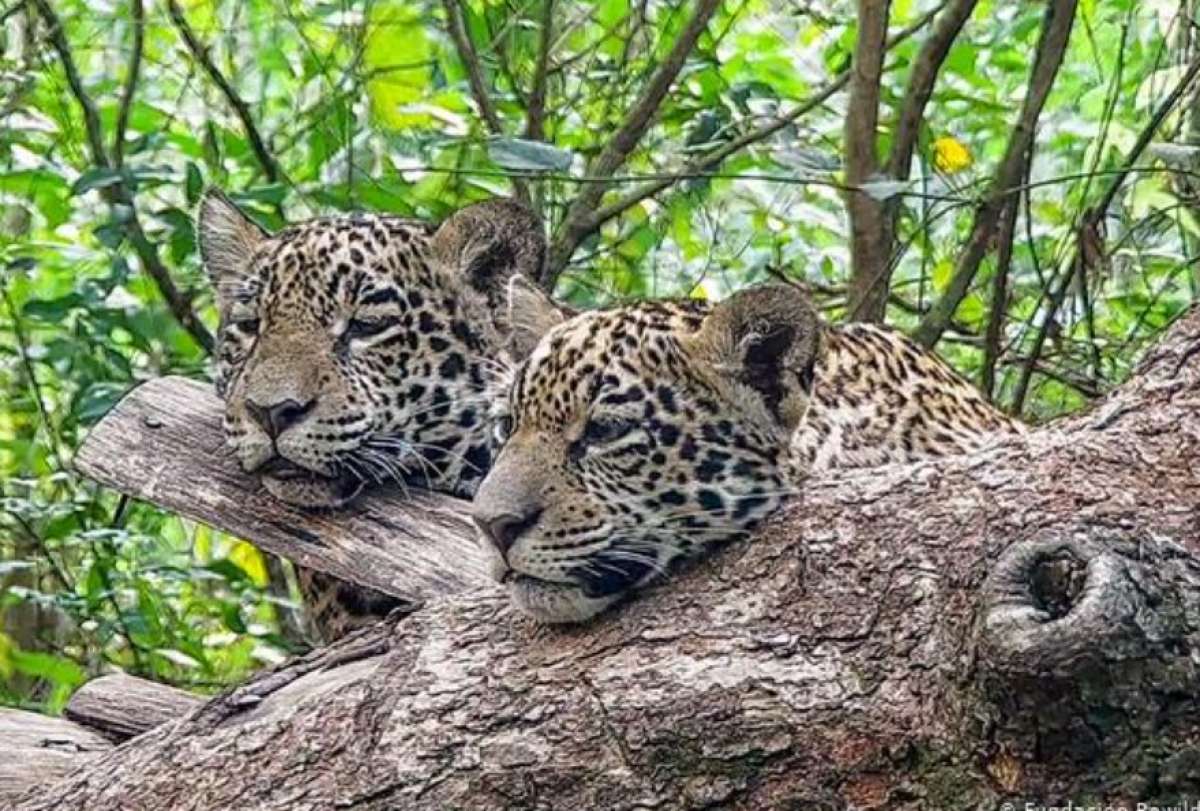 Despite the delicate status of the big cat of the Americas in the region, there are various initiatives to ensure its protection and conservation.

They are the result of the crossing of two wild specimens that were rescued from poachers in Brazil and later sent to Argentina, where “the estimated population of jaguars is 250 specimens,” said Talía Zamboni, coordinator of reintroduction projects in Iberá de la Rewilding Argentina Foundation.

“The project for the reintroduction of the jaguar in Iberá seeks to establish a self-sustaining population with which its ecological role and cultural value can be recovered and that in turn represents an attraction for the development of nature tourism, which benefits neighboring communities to the reservation, “he explained.

The Yaguaretés Reintroduction Center was created with the objective of reproducing animals that can later be released.

“Captive animals cannot be released as they are accustomed to human feeding and handling, but they can produce cubs that grow with minimal human contact to be released in the future,” Zamboni said.

The center, inaugurated in 2015, has received eight specimens and with “perseverance” and “a lot of patience” in 2018 “the first cubs were born from two captive parents and, in 2020, the second birth of two more offspring from parents of wild origin “.

However, “studies of habitat and prey availability in Iberá suggest that the area could host a population of around 100 specimens,” he stressed.

A question of territory

“The recovery of specimens for their release reactively supports the return of jaguars to the natural environment,” says María José Villanueva, Conservation Director of WWF Mexico.

She recalled that “the main threat of the jaguar is the loss and fragmentation of habitat. We need to work to conserve the natural spaces necessary for the jaguar to move freely, find a mate and prey,” she said.

“Ensuring habitat connectivity across their range is essential for the long-term survival of jaguars,” said Amy Fraenkel, executive secretary of the Bonn-based Convention on Migratory Species (CMS). Germany).

In this sense, Carlos Mario Orrego, representative of the Scientific Committee for Central America, the Caribbean and South America of said Convention, pointed to the creation of binational and trinational corridors with all the countries in the distribution area of ​​the Americas.

“Costa Rica has a cross-border corridor with Panama and Nicaragua,” he said.

To contribute to this, the World Wildlife Fund launched at the beginning of this month the “Jaguar Conservation Strategy 2020-2030” which includes actions in 14 of the 18 countries in America where the feline lives, considered as a “near threatened species “according to the Red List of Threatened Species of the International Union for Conservation of Nature.

“WWF’s regional strategy will work to ensure 15 of the 30 landscapes proposed by the Jaguar 2030 Plan, launched at CoP14 of the Convention on Biological Diversity in 2018,” Villanueva said.
The organization wants to “ensure connectivity, strengthen protected natural areas that still contain jaguars, reduce illegal trafficking and support the communities that live in jaguar territory,” he added.

The WWF initiative joins other efforts of organizations and governments. Precisely, “the jaguar was included in both Appendices of the Convention on Migratory Species at the beginning of this year, which gives it the strongest protection under the Convention,” said Fraenkel.

In addition to this achievement at the international level, at the national level stands out the Action Plan for the Conservation of the Jaguar 2020-2025, which was recently launched by the Ministry of Environment and Water of Bolivia and which seeks the conservation of this feline that faces the destruction of their natural habitat.

“The forest fires between May and November have caused great losses in our areas,” said Andrea Benavente, communications director for the Inti Wara Yassi Community.

This organization is dedicated to the rescue of jaguars, among other animals, victims of illegal trafficking, their use as pets and abuse, through three sanctuaries.

He also pointed out that in this sanctuary “we have observed about nine jaguars that use the territory within their range of distribution.” For this reason, Benavente demands “to strengthen the judicial system with drastic sanctions for those responsible for illegal burning, as well as for wildlife traffickers.”

And it is that international traffic is another of the threats of the emblematic species. Yandery Kempff, director of Natural Resources for the Santa Cruz governorate and head of the Center for Attention and Referral of Wild Fauna, works with animals that have been victims of illegal trade.
In the center there are six jaguars that were rescued and the idea was to work with the Center for the Reintroduction of the Yaguareté of Argentina, contributing some specimen, but “you cannot take wild animals out of Bolivia, even if it is on loan,” he explained.

Kempff regretted that this type of initiative is not contemplated in the recent plan announced by the Ministry and demanded that it be accompanied by financing. “No resources are allocated to advertisements,” he criticized, trusting that in this case they will be provided, since “Bolivia is an important enclave.” (I)