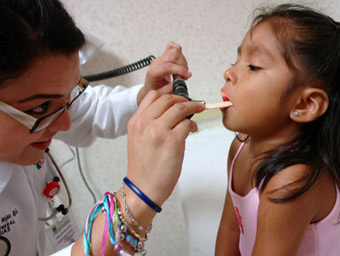 Official sources reported yesterday that several Latin American consulates in Miami (USA) will offer again this year testing and free medical examinations for immigrants who lack health insurance, within the framework of the binational health week. The initiative was presented at the General Consulate of Mexico in Miami.

“Not having health insurance, and more for a migrant, means that there is a situation of vulnerability,” said the Deputy consul of Colombia, Juan José Páez.

Despite the lack of statistics about how many Hispanic immigrants live in the United States without health insurance, the authorities calculate that they can easily exceed eleven million.

The medical services to be offered include tests for HIV, hepatitis, diabetes, cholesterol, blood pressure and pregnancy, among others.

This initiative, which this year celebrates the 13th Edition, will be held in several cities in the United States throughout October.