Pachakutik (PK) opted to get closer to social organizations than to political parties or movements. Contrary to what the center-right did, this store did not make a national alliance for the 2021 elections. 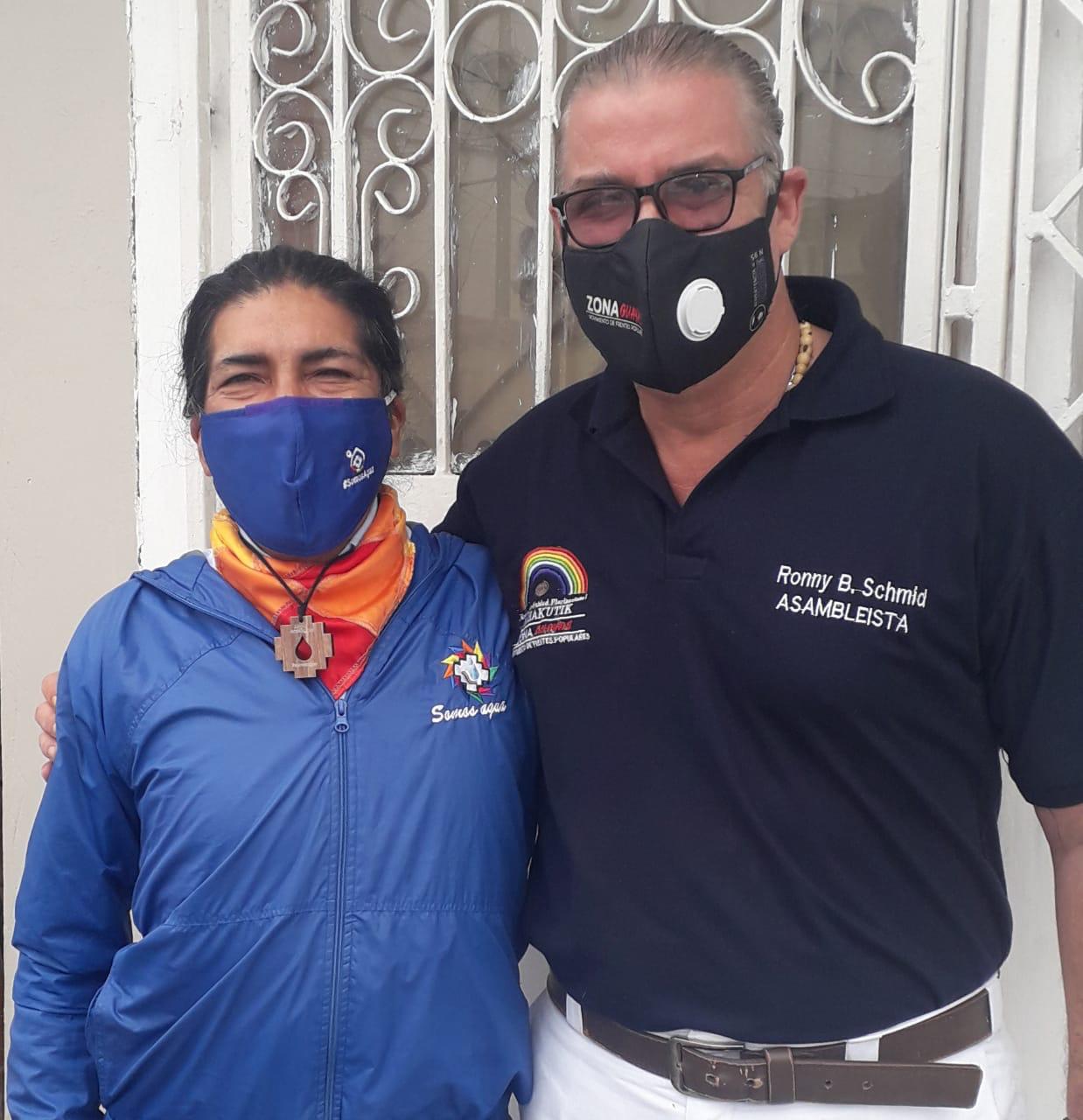 The period for the registration of agreements ended on September 3. PK, the political arm of the indigenous movement , made agreements only in the provinces to define candidates for the Assembly. There, the main agreement is with Unidad Popular .

Cecilia Velasque , PK National Deputy Coordinator, said that the circumstances for electing her candidate influenced their being alone on the presidential ballot.

The presidential candidacy of Yaku Pérez was marked by discrepancies between PK and the leadership of CONAIE. Jaime Vargas , president of Conaie and Leonidas Iza , leader of the Indigenous Movement of Cotopaxi, declined their presidential aspirations.

Later, the chosen vice presidential candidate, Larissa Marangoni , was harshly criticized on social media, which ended in her resignation from the nomination. Even the Indigenous Movement of Cotopaxi asked PK for an explanation for that nomination .

Finally, the political arm of the indigenous movement decided on the nomination of the Guayaquil scientist and environmental activist, Virna Cedeño .

Pérez said that the discrepancies with Conaie are being overcome. Today, the still Prefect of Azuay will hold meetings in the province of Chimborazo with groups of businessmen , women and indigenous people. He added that many of them are people who support Vargas and Iza.

Pachakutik has a governance agreement with Unidad Popular to support the campaign of the presidential duo. Pérez indicated that there are also agreements that were not formalized in the CNE with Montecristi Vive and the Nosotros movement .

“The most enthusiastic about the candidacy are student unions such as the Federation of University Students of Ecuador , teachers, transporters and retailers,” said the presidential candidate.
For its part, Popular Unity ratified its support for Yaku Pérez for the Presidency. However, it is recognized that a definitive alliance for the Assembly was not possible. Giovanny Atarihuana , national president of list 2, said that a programmatic agreement is expected to be signed in the next few days to develop the government plan.

“A joint list was the most desirable, but we did close agreements to form ten joint lists in Loja, Azuay, Zamora Chinchipe, Carchi, Los Ríos, Santo Domingo and the four districts of Guayas,” he explained.

In the lists of other provinces, however, they will go separately. “Where we are not going in unity it is already sung, where there is list 2 and list 18 there will be competition , where it has not been possible it is precisely because the candidates did not want to give in.”

The Sub-Coordinator of PK indicated that the government plan of her movement will be completed before the registration of the candidacy. To receive the proposals of the social movements, PK opened a web page.

Political scientist Arturo Moscoso pointed out that Pérez’s vote could be further divided if the division between Conaie and Pachakutik, evidenced after the primaries, is maintained .

The expert considered that after the protests of October 2019, Pérez is classified as “a very radical leader.” He said that he has tried to tone down the image with the election of Cedeño as his presidential running mate .

Finally, for Moscoso there is a greater division in the left current, unlike the tendency of the right after the support of the PSC for the presidential candidacy of Guillermo Lasso, from Creo.

For example, the national alliance between both right-wing political organizations was approved by the plenary session of the CNE on Monday. Likewise, in the correísmo-populism wing, the Unity for Hope ( Unes ) also obtained the go-ahead with the agreement between the Democratic Center and Fuerza Compromiso Social.