Lenín Moreno agreed for a new mobile network company to be established in Ecuador: Virgin Mobile

Lenín Moreno agreed for a new mobile network company to be established in Ecuador: Virgin Mobile. A meeting was held yesterday with English businessman Richard Branson.

The announcement was made in networks by the Minister of Telecommunications, Andrés Michelena, who said that the meeting will allow the progress of the Ecuador Digital project. 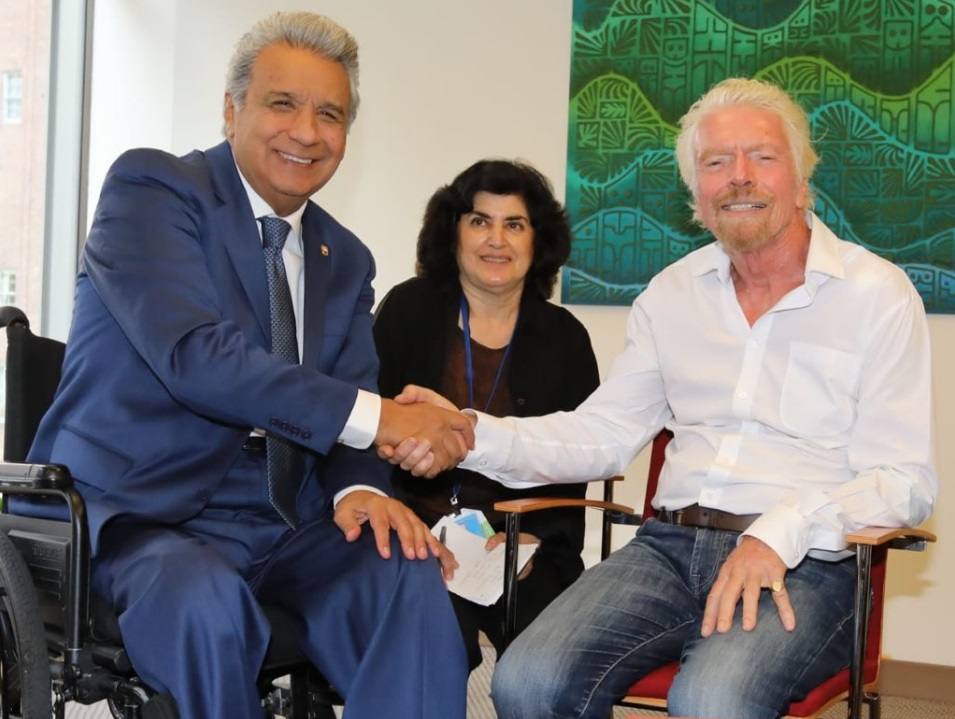 Lenín Moreno agreed for a new mobile network company to be established in Ecuador: Virgin Mobile

The arrival in Ecuador of the mobile telephone division of Branson, who also directs other revolutionary projects such as Hyperloop One supersonic transport and space travel, had already been announced at the beginning of 2017, but did not progress. Virgin requested in November 2015 to be accepted as a Virtual Mobile Operator, an action that was accepted by Arcotel.

Virgin Mobile is a mobile phone service provider that was established as the first virtual mobile operator (OMV) in the world starting operations in 1999 in the British market. It currently provides its mobile services in countries such as Australia, Canada, France, India, South Africa, the United Kingdom and the United States. He arrived in Latin America in 2012, entering the Chilean market with his unit Virgin Mobile Latin America (VMLA) that decided to expand in the region currently operating in countries such as Colombia, Mexico, Argentina and Peru.

The appointment was in New York, where President Moreno attends the 74th General Assembly of the United Nations; This afternoon he already made an intervention at the Climate Action Summit.

Lenín Moreno said that with businessman Richard Branson they talked about environmental protection and Galapagos, about air connectivity, telecommunications and clean energy. Therefore, it arranged for the relevant ministries to work on a broad cooperation plan.