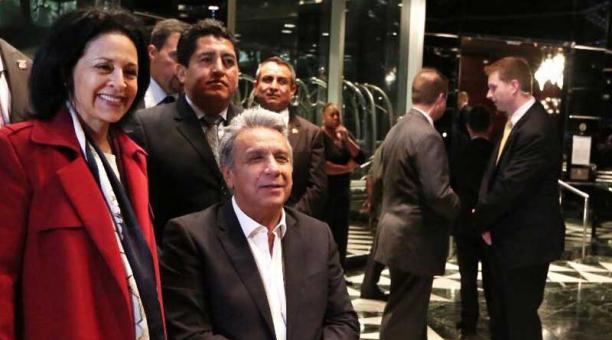 President Lenin Moreno and his Ecuadorian delegation arrived in New York, USA, to participate in the United Nations General Assembly and other side events, the National Communication Secretariat reported on the evening of Monday, September 2017.

Moreno has also confirmed his presence in meetings with entrepreneurs and investors, as well as meetings with migrants residing in that and other US cities.

This is the first official overseas trip since the President´s inauguration on May 24th. Moreno will be abroad for seven days. This Tuesday, September 19, Moreno will hold bilateral meetings with the presidents of Uruguay, Costa Rica, and Austria.

He will also attend a conclave with investors and entrepreneurs. On Wednesday 20, he will participate in the UN Assembly and sign treaties condemning the use of nuclear weapons. The tour will end on Sunday, September 24th. (I)