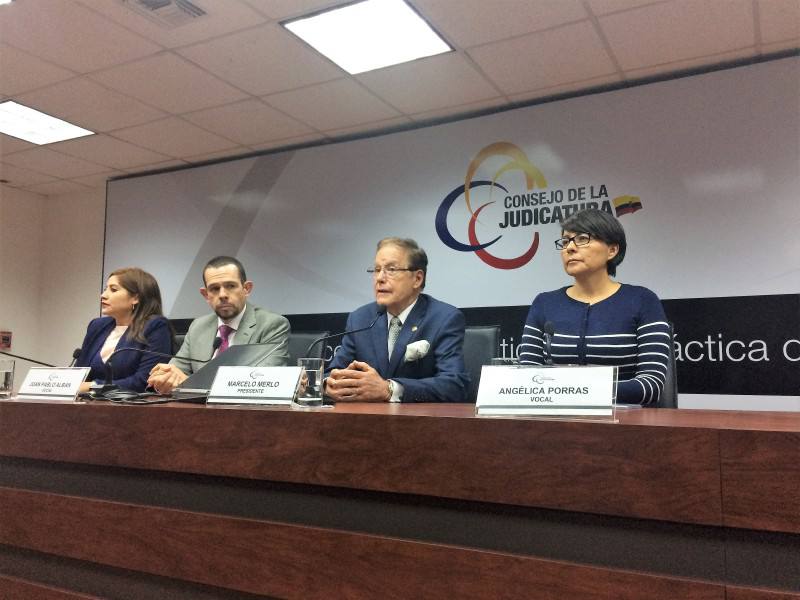 From 10:30 today, the full Council of the transitional Judiciary will meet to assess and evaluate the profile of provincial prosecutors in charge, who although they were appointed on June 22 by the same agency, have received criticism due to their political, family affinity or participation in court cases.

The Judiciary gave term to the 23 prosecutors so that until 18:00 of yesterday they notify if they accept or not the designation.

The president of the CJ, Marcelo Merlo, explained that Guillermo Moreno was selected for his career in the judicial function, which allowed him to integrate the so-called ‘Category 3’ (of eligible) despite not having taken the respective test.

However, in a statement, the president urged his brother to excuse himself. At the close of this edition, his decision was not known. “For his own merits and recognized career of over 18 years, my brother Guillermo has already held that position … I have asked him to present his excuses to this transitory position, but that -if he considers it- participate in the contest to appointment of prosecutors to be carried out in the future … “.

The president of the Council of Transitional Participation, Julio César Trujillo, said yesterday that being a relative of a high official is not merit nor gives points for a position, but that cannot be “demerit”. “If the appointed prosecutors are relatives of the President of the Republic and have merits, well-appointed, otherwise they should resign.”

René Astudillo, appointed prosecutor of the Guayas in charge, is questioned for the deposit of $ 20 thousand in one of his bank accounts when investigating the crime of General Jorge Gabela in 2011.

Astudillo clarified that it was about the money resulting from the sale of a vehicle, his savings and a loan; and not of the supposed payment of an individual who, in addition, was never prosecuted for the Gabela case. “For a deposit slip from my savings and current account that I made on my account statement, I am maliciously wanted to be involved,” said the prosecutor.

In 2015, Astudillo said, he was already investigated by the Special Commission and the State Attorney General’s Office, and they determined that they were his banking movements. “I am a professor at two prestigious universities, criminal prosecutor for eleven years …”.

In today’s session, the CJ could also approve a 48-hour deadline for challenges. Merlo said there will not be a new contest because it would take about six months. “Stick because you row, stick because you do not pray,” he said.

Although he assured that last week “we filled with information” to select the prosecutors, and admitted that the Directorate of Transparency of the Council had no data of the questions.

On the other hand, Merlo informed that the functions of the delegates of the Judiciary in the country will be exercised by the presidents of the provincial courts together with other representatives that the plenary designates, until a new selection is made in charge of the faculties of Jurisprudence.

“I have asked him (his brother) to present his excuses to this transitory position, but that – if he considers it so – he participates in the contest for the appointment of prosecutors that will be held in the future” Lenín Moreno,  President of the Republic. (I)

Moreno and Salazar declined the charges of prosecutors