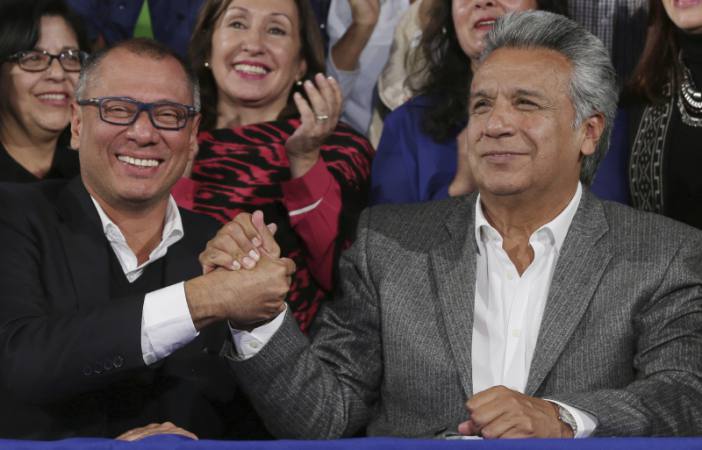 President Lenin Moreno said yesterday that he will take less time than the 15 days of the legal deadline to send to the National Assembly a shortlist for the election of the new vice president, once Jorge Glas has ceased in those functions, according to his words.

Moreno did not disclose the names arguing that he has requested certain certifications before making the list public, however, the executive secretary of Alianza AP, Ricardo Zambrano, said that it would be María Alejandra Vicuña (vice president in charge); María Fernanda Espinosa (Chancellor) and Rosana Alvarado (Minister of Justice). Within the Cabinet there were clarifications about the figure with which Glas leaves its functions.  (I)