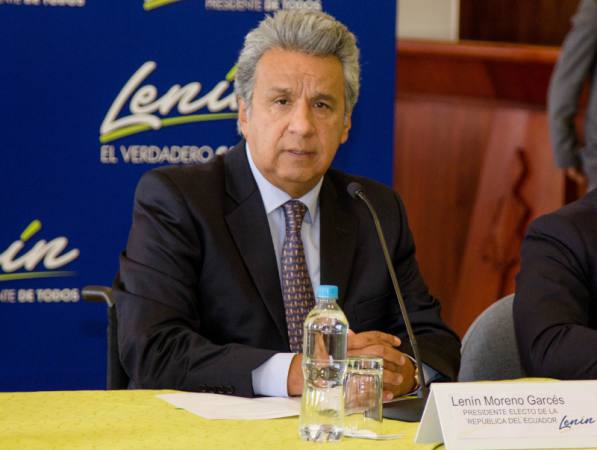 President-elect Lenin Moreno would be completing the structure of his cabinet, and according to the transition books provided by the outgoing government, 118 authorities shall be appointed.
The presidential cabinet is made of 65 authorities, including 53 commanders of the Police and the Armed Forces, public enterprises, who will be appointed based on the recommendation of other ministers.

Officials in embassies and consulates are the most numerous. According to information from the Foreign Ministry, there are 737 officials abroad, and dozens of charges that appear under the title “uncategorized.”