Lenin Moreno makes a blur to the revolution 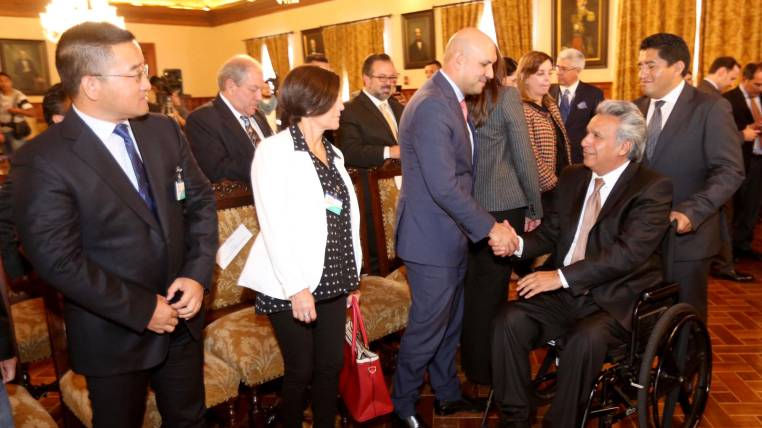 The legacy of the previous government has gradually faded in a year and the latest changes made in the cabinet by the president, Lenin Moreno, show that the idea is to erase it permanently.

The figures prove it: of the 15 high-level officials who passed from the Executive of Rafael Correa to Moreno, on May 24, 2017, only five remain and the number could be reduced, even more, until mid-June.

The president hopes that the renewal of names will be accompanied by a change in the form of government, different from the one that dominated the past decade in which the dialogue with sectors critical to Alianza PAIS was virtually non-existent, an attitude he attributes to the old form of socialism.

“I think that the square of socialism of the last century, definitely must be abandoned. Modern socialism, new socialism is inclusive, open to dialogue to conversation, “Moreno said yesterday at the inauguration of the Andean Business Forum in Quito.

The restructuring in the Government is felt especially in two sectors: the economic one that seeks to turn the dogmatic towards the pragmatic and in Defense, where after experimenting for 10 years with civilians, the portfolio was entrusted again to an ex-military.

For the former Minister of Government Vladimiro Álvarez Grau the changes are positive, because the officials who have been dismissed would have shown that they intended to follow the guidelines and basic objectives of former President Correa, which have been questioned by the current Executive.

“In the economic sphere, the president is guiding his decisions based on the reality of Ecuador that we have, but above all, of the country that we want to be democratic and free and not full of merely ideological approaches,” Álvarez told EXPRESO.

With the arrival of Richard Martinez to the Ministry of Economy, plus Eva García in Industries and Productivity and Pablo Campana in Foreign Trade, this front has a business profile. Although on Wednesday, during his possession, Martinez clarified that from that moment his word ceased to be that of entrepreneurs.

For the ex-chancellor and also the former Minister of Government, Mauricio Gándara, the renewal of authorities is important, but he considers that something is late and does not reach all government bodies.

“Little by little we are seeing that separation of President Moreno from Correa is becoming authentic. It seems that at the beginning he was sorry to get away from his friends, but the president must understand that the only friend he has to watch over is the Ecuadorian people, “Gándara told this newspaper.

As the last cabinet was formed, it can be seen that most of the ministers have training and experience in the areas to which they have been assigned. Except for Foreign Minister María Fernanda Espinosa, who has a degree in Linguistics and has higher education in subjects different from diplomatic ones.

Interior Minister Mauro Toscanini also has no experience in the security area, because he has focused his activities on academia and the private sector.

For the former vice president of the Republic, León Roldós, the main characteristic of the modifications executed by Moreno is the message of unity that he would be giving to the country.

Is there a leap from the ideological to the practical? “What we had before, rather than ideological, was an empire of lies and President Moreno and all citizens have the mission to rescue the truth,” Roldós told EXPRESO.

The three analysts, however, consider that there are areas in which it is still necessary to apply a “rudder”. One of them is Justice and the other one refers to foreign policy. (I)