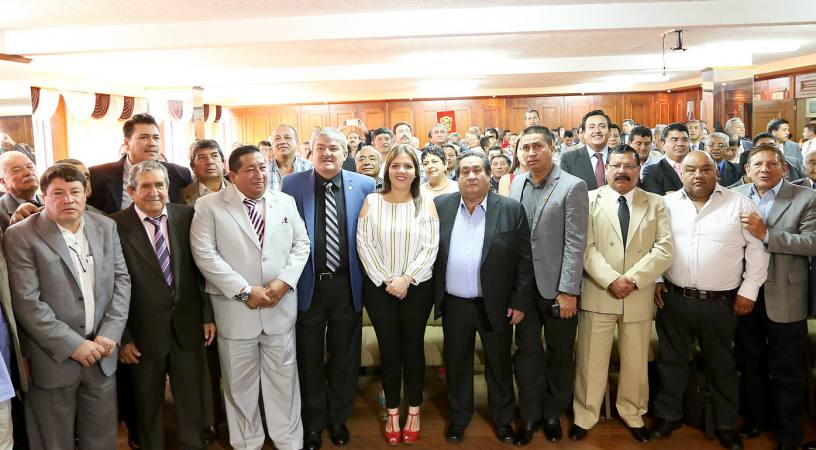 To the presidential agenda that was already scheduled for today in Guayaquil was added an additional activity: the extraordinary session of “Alianza Pais”. The call was made by Lenín Moreno yesterday as president of this movement and seeks to replace those who tried to get him out of that directive and called the meeting on December 3

At the meeting called for 4:00 pm today in the cooperative “Balerio Estacio” there will be another national convention and there will also be a pronouncement on the popular consultation promoted by the president.

Yesterday, the vice president in charge, María Alejandra Vicuña, said she will not attend the convention that Gabriela Rivadeneira and Ricardo Patiño convened for Sunday December 3 in Esmeraldas, because it is not a formal meeting.

She received the support of the Federation of Professional Drivers of Ecuador for the Government and the consultation. She said that several organizations are asking the Constitutional Court to resolve with the greatest speed the request for consultation. “We are all waiting for a statement that we are very confident, confident, will be favorable.”

Xavier Salazar, secretary of the Federation, urged the Court to speak up in the shortest time possible, he said they support the government and asked to be considered in housing plans and also that reforms should be processed to the Organic Law of Transit and Transportation.

The president of the National Electoral Council, Juan Pablo Pozo, yesterday suspended the session that was convened in Guayaquil, to analyze the conflicts between the top executives of the “Alianza Pais” movement. (I)