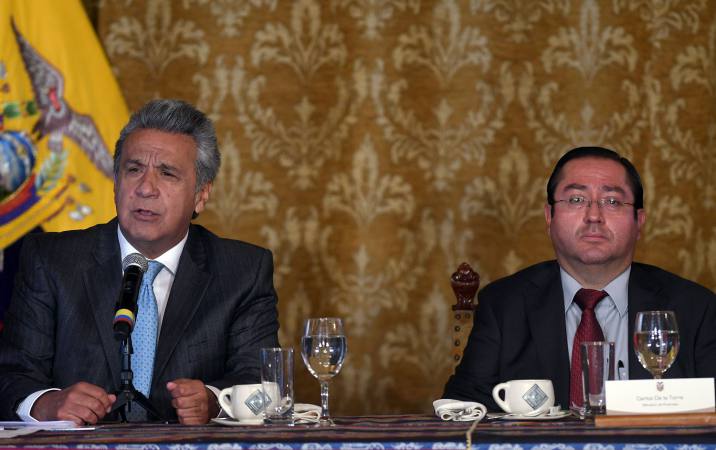 President Lenin Moreno announced the sale of one of the two presidential airplanes, as one of the measures to overcome the difficult economic situation. The announcement was made on Monday night in his weekly television space called ‘The government informs.’

Moreover, the salary of senior staff will be reduced by 10%. This contribution is intended at overcoming the crisis, and a “patriotic and solidarity” gesture. He has also ordered the immediate sale of the luxury automobiles of the government.

In a short message to the nation, Moreno said that all properties of the real estate public company Inmobiliar would go on sale to finance the “House for All“ program, that aims at generating employment and provide housing to the poorest families in the country. (I)