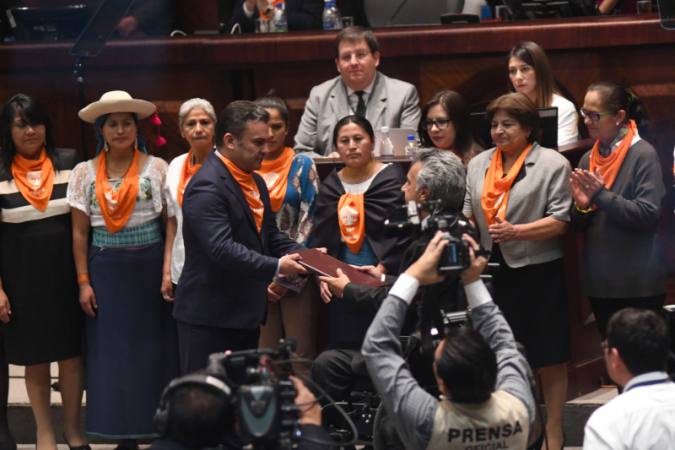 Twenty-two local and national agencies will form the new National System for the Prevention and Eradication of Violence Against Women, as specified in the bill submitted yesterday by President Lenin Moreno.

“Three years ago, the Legislature penalized the femicide, but it was not enough,” said the president in a speech.
Along with Justice Minister Rosana Alvarado and Sonia Zalamea, a member of the Network of Relatives of Femicide Victims, Moreno cited figures that reflect this reality, such as the fact that 6 out of 10 women have suffered from violence, or that every three days a woman is assassinated.
The bill envisages the creation of a multi-sectoral committee, which will coordinate, plan, organize and implement “integrated and complementary actions for the State’s response from the existing institutional framework to protect women and assist victims.” (I)