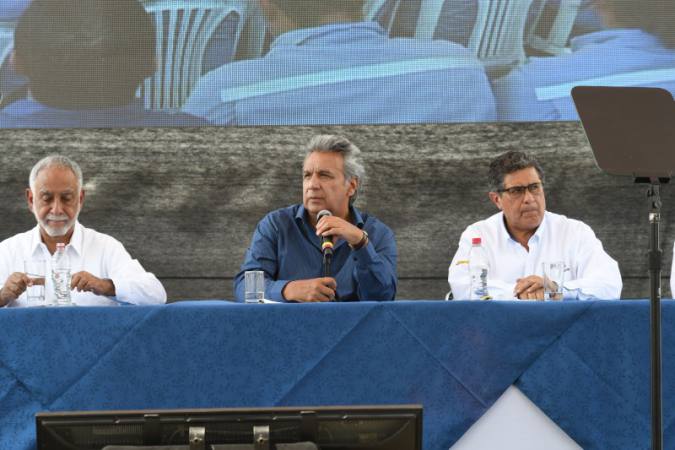 President Lenin Moreno described the repowering process of the Esmeraldas Refinery as “an enormous irresponsibility” after a 30 minute-tour at the refining complex, whose repowering and maintenance would have cost so far $ 2.2 billion.

For the president, not only things were done wrong but worker´s security has been put at risk because of the flaws in both the FCC Unit ( the heart of the refinery), and in the power generation system, whose turbogenerator suffered a fire last week.

Likewise, Moreno reported that the government would sign contracts with private companies. This was the model in force before the administration of Rafael Correa. (I)