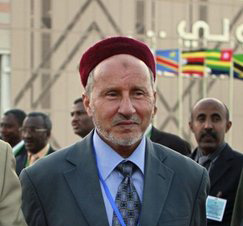 During a press conference in Benghazi the rebel leader, and former Libyan Ministry of Justice, Mustafa Abdeljalil, stated that the Libyan rebellion has rejected the proposition of African Union (AU) for a cease-fire. The rebels also expressed their contempt against any negotiation that does not involve the resignation of Muammar al Gaddafi.

Any initiative that does not keep in mind the resignation of Muammar al Gaddafi has no consideration on the atrocities committed during the Libyan civil war. The rebel leader insisted that if Gaddafi and his sons want to save their lives, they must leave immediately.

The statements made by Abdeljalil occurred after a debate with the presidents of the African Union who tried to mediate a cease-fire. They presented a document, approved by Gaddafi, which demanded the immediate cease-fire in exchange of humanitarian help and a dialogue between the Libyan officials for a peaceful transition.

Facebook Will Not Pay More Money to Winklevoss Twins