Life imprisonment for politicians who steal public money. That is part of the proposal that Lucio Gutiérrez , former president of Ecuador, who also announced his candidacy for the presidential elections of 2021, presented on Monday morning, through a publication on his official Twitter account. 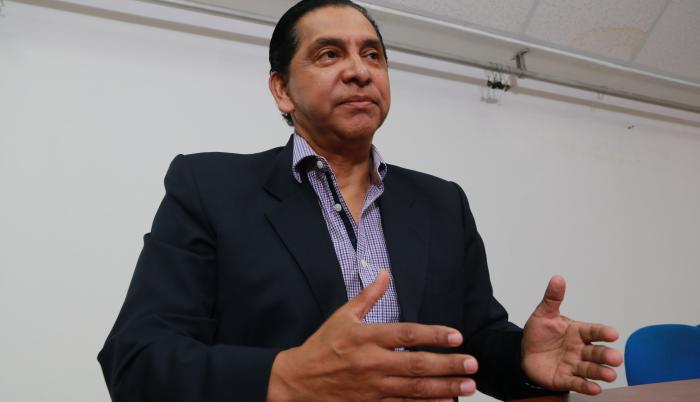 Gutierrez, who ruled the country between 2003 and 2005, raised the need to establish that custodial sentence for officials of the National Electoral Council ( CNE ) “to do fraud”, as well as for corrupt judges and prosecutors and for rapists, as a measure “To get out of the crisis.”

To achieve that purpose, the Ecuadorian ex-president, 62, also proposes to establish an international financial center, reducing interest rates to 4 and 5 percent, and creating a credit line in the state budget without interest for the people.

In an interview with Diario EXPRESO, last January, he had already announced his return to political activity. When questioned if he would be a candidate for the Presidency in the next elections, the leader of the Patriotic Society Party said that representing for that organization, “which integrates a progressive front, the answer is yes.”

While the agency EFE commented that the “challenge is worth it”, although he knows that it is “very hard” because there are precandidates that “are already several years in politics” and “the situation is tough.” Who was already a presidential candidate in 2013 thought that the situation in the country is “economic, social, security, moral crisis”, so “we must make several changes in Ecuador and this requires political will”, which ensures that .

His project stipulates once again to demand the judicial past , which he already applied in his mandate, to maintain permanent patrols and if it is detected that among the people without documentation there are criminals, “extradite them immediately to their countries of origin”.

The former governor believes that his administration – which began in January 2003; but it culminated in April 2005, being overthrown in the middle of protests – it was good. He says there was a great growth in the economy, foreign investment and poverty reduction.

He also ensures that he will take into account the “mistakes” he made, and therefore, will give greater attention to the communication, and will not fall back into the political ingenuity that did not allow him to see in 2005 the anticipated end of his Government, in which He was succeeded by his then Vice President Alfredo Palacio.