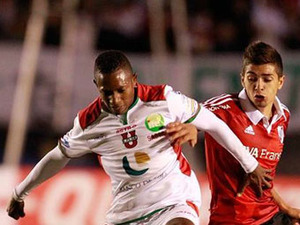 The upcoming Thursday will be the rematch for the eight round of the South American Cup at Monumental stadium, where Liga de Loja will defend the 2-1 score with which earned the three winning points in their stadium Reina del Cisne last week.

The team led by historical player of Ecuador, Alex Aguinaga, the players of Loja already have experience in international matches with visitors, as the tie with Sao Paulo last year and the triumph over Montevideo National Phase II.

River Plate can define the bid with a goal, because it takes the advantage of having scored a visitor, but if they get a score, is obliged to make three goals to move on or at least two to define the penalty shots.

Liga de Loja is the only Ecuadorian team competing in the South American Cup, after the removal of Independiente, Emelec and Barcelona in previous instances.