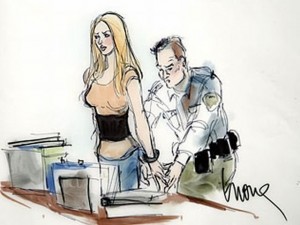 US actress Lindsay Lohan was taken into custody in Los Angeles to serve a jail sentence for probation violation. The 24-year-old was handcuffed and sent to a women’s prison south of the city. Lohan was sentenced to a four month period, due to the overcrowded jail; the actress is likely to spend it in isolation.

Her criminal behavior started in 2007, when she was arrested under charges of drunk driving and drug possession. Judge Marsha Revel ordered TV cameras and photographers not to take pictures of the actress as she was taken away from the Beverly Hills courtroom.

Lohan will fulfill her sentence in the Century Regional Detention Facility to the south of Los Angeles. Her sentence could be reduced to three weeks for good behavior.

President of Yemen Will Leave his Office