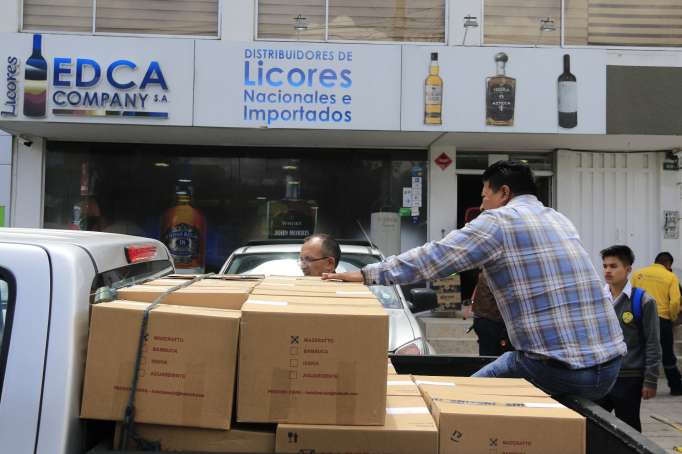 Licor importers are looking for President Lenin Moreno to extend the deadline for all liquors sold in the country to have the Simar seal (Marking and Tracing System) until December 31.

This was announced yesterday by the president of the Pre-association of Distributors of Liquors of Ecuador Edy Castillo, who came yesterday to the president´s office with several representatives of the guild.

With posters, leaders of the guild asked Moreno that “the IRS persecution should stop.” Last week the IRS operations seized the liquor that did not have the seal. The deadline given by the SRI expired last July.

Castillo said that in front of the seizures, liquor stores are closing, which affects the activity. He clarified that they do not oppose the Simar seal, but they would need more time. (I)

Odebrecht: time is running to set the trial hearing