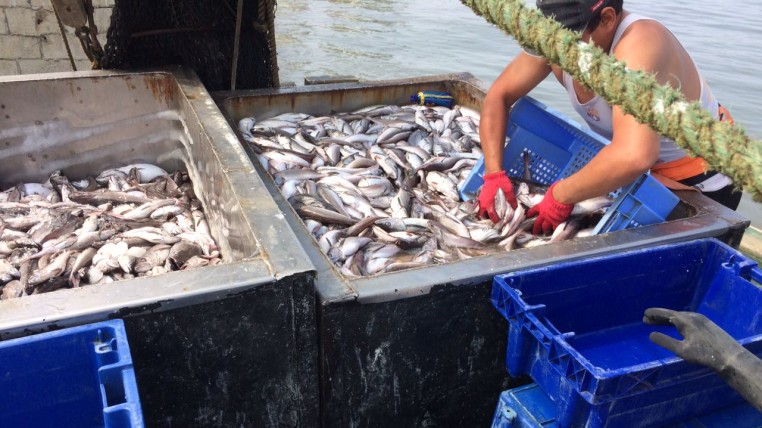 The capture of hake, which in Ecuador emerged as a form of compensation for the elimination of trawling, is going through a bad moment. Although catch levels have improved in recent months, the 40-vessel fleet does not have a safe export market.

The incipient catch of hake was promoted in the country in 2014 with a start that, according to fishermen, was successful. In the first year, the sector reached export sales of $ 13 million, which later (in 2014) reached peaks of up to $ 23 million. Today, the boats are anchored in the port, not because they do not have enough catch, but because there are no buyers.

This is explained by Juan Carlos Correia, operations manager of the Cobos group, a company dedicated to the capture and marketing of hake. Currently, the sector can capture up to 2,000 tons per week of this species but explains that both Venezuela and Russia, because of their domestic economic problems, have stopped buying more than 60% of their production. “That’s why many of the boats are now standing still,” he said.

Journalists call for the compliance regulations for the frequencies contest