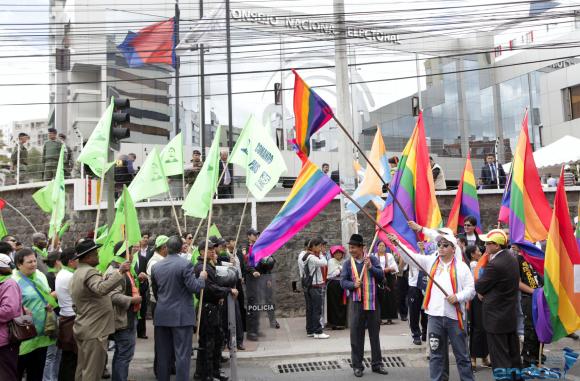 Provincial movements already prepare and define strategies to participate in the elections of 2017, according to 19 of them consulted in Pichincha, Guayas, Azuay, Manabi, El Oro, Santa Elena and Loja.

In Guayas there are three provincial groups. Assemblyman Henry Cucalon, president of the Madera de Guerrero (MG) party, says that although they have an alliance with the Social Christian Party (PSC), which integrates the Unity, given the high representativeness in the province, they will have their own candidates.

In late October they will hold an assembly to define their representatives for the Assembly. For example, “Cristina Reyes can run for reelection, but that must be defined first.”

The Emergent Movement for Transparency and Action supports Compromiso Ecuador: “We will present candidates, we put the alliance into consideration when this is materialized. Meta will promote the candidacy of Guillermo Lasso,” said Alfonso Harb.

Instead, Health and Labour supports presidential hopeful Andres Paez. Its leader Luis Serrano, expects that a national group accepts that candidacy in order to define alliances. Their candidates will be defined on October 22.

In Pichincha, the only provincial group recognized by the CNE if the Vive Movement. Its leader Mario Granda indicates that the integration of Territorial Movements, that brings together 25 local groups of 7 provinces will choose the best proposal of the government “and the entire block will give its support, alliances for legislators will come from this.”

In Azuay, Participa supports the Unity, but with the presidential candidacy of prefect Paul Carrasco. Its director Aurelio Rubio indicates that names for the Assembly are not yet defined. Meanwhile, there were changes in the Igualdad movement.

There are also two groups of different tendency in Manabi. Carlos Bergmann, Assemblyman and director of Unidad Primero, says that they will support the United Front in conjunction with Alianza PAIS. This month they foresee the provincial convention “to define details.”