Ecuadorian ex-president Lucio Gutierrez said Monday, February 10, 2020 that he will return to the political arena as a candidate for the presidential elections of 2021, in which the successor of Lenín Moreno will be appointed. 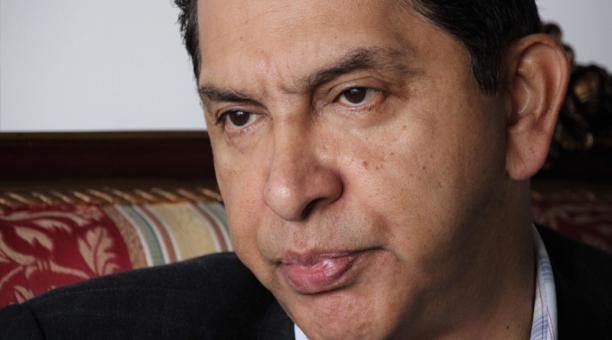 “Yes, yes, yes, yes, we will once again leave the peace of mind of our home, of our personal activities to re-enter political activity,” he said when asked by EFE about whether he will compete in the next presidential elections.

He commented that the “challenge is worth it” although he knows that it is “very hard” because there are precandidates who “are already several years in politics ” and “the situation is tough.”

The former governor said that the situation in the country is “economic, social, security, moral crisis”, so “we have to make several changes in Ecuador and this requires political will ” as he says.

Gutierrez considered that his Government was good, which began on January 15, 2003 but ended on April 20, 2005, when he was overthrown in the midst of popular protests .

He pointed out that in his Administration there was a great growth of the economy, foreign investment and poverty was reduced.

Of 62 years, this retired colonel of the Army already ran for the Presidency in the elections of 2009 and 2013, and believes that the experience left by his short Administration will be useful in a new eventual Government.

He also ensures that he will take into account the ” mistakes ” he made, and therefore, will give greater attention to the communication, and will not fall back into the political ingenuity that did not allow him to see in 2005 the anticipated end of his Government, in which He was succeeded by his then Vice President Alfredo Palacio.

Among the axes of his eventual Administration, Gutiérrez puts in the front row strengthening the economy and for this he intends to turn Ecuador into an “international financial center”.

Also rebuild the state budget to eliminate consulting, secretariats “that are useless” and use these savings in a credit line of USD 1 billion.

That money will be delivered without interest and at least with a year of grace for different ventures , he said in general.

62-year-old Gutierrez says that if he reaches the Presidency , he will strengthen dollarization , in force in Ecuador since 2000.

And in immigration matters, its plan stipulates once again to demand the judicial past, which it has already applied in its Administration, to maintain permanent patrols and if it is detected that among the people without documentation there are criminals , “extradite them immediately to their countries of origin”.

On international issues, the former president says that in Venezuela there is “a very clear dictatorship “, and advanced – without giving details – that in his eventual Administration “it would be necessary to take strict measures because one cannot maintain relations with countries that go against his people “

Civil engineer by profession, Gutierrez of the Patriotic Society Party , center – left , said they have dialogues with other groups for an eventual consensus in the framework of a Broad Progressive Patriotic Front , which will be presented in about two months.

Gutierrez announced that in the face of insecurity problems, one of his proposals will be “return to the Law to carry weapons , with the respective psychological exams, control of FF.AA.”, which would allow access to “ low caliber weapons ” only for “defense” and personal “use”. This was stated in an interview with La Nueva TV EC, on Thursday, February 6, 2020.

The next presidential elections would take place on February 27, 2021 and, if a second round is required , the following April 11, as announced by the advisors of the National Electoral Council (CNE) and the magistrates of the Electoral Contentious Tribunal (TCE), Monday, February 10, 2020.