Luis Gallegos: “There are private opponents that would hamper access to the US.” 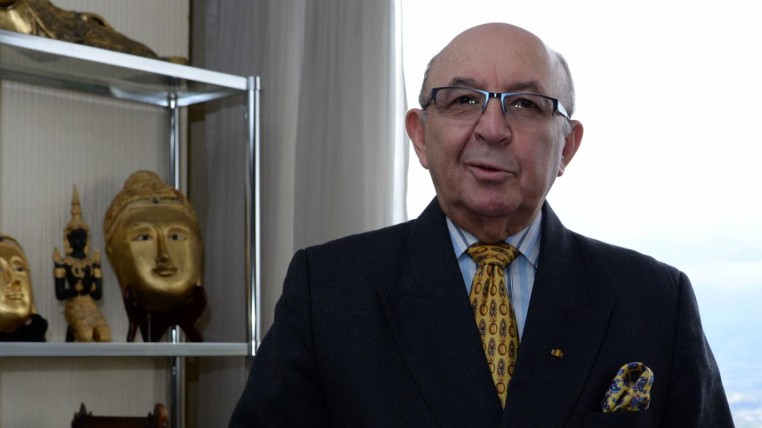 The United States is the main trading partner of Ecuador. In 2016, the northern country bought $ 5,410 million and sold $ 3,890 million in turn, “which leaves a positive trade balance for the country of $ 1,520 million. Figures from the Central Bank of Ecuador indicate the importance of seeking a trade agreement with the United States,” says Luis Gallegos, former Ecuadorian ambassador to the United States.

Q: You were an ambassador when a trade agreement was sought. Tell us about the experience.
A: The negotiation began in 2004, I was an ambassador since 2005 and I participated in the last two rounds of negotiations of a free trade agreement with the US. The leader of the negotiation was Manuel Chiriboga; he was accompanied by a technical team and representatives of the productive sector. The talks began with Colombia and Peru, the countries that signed it. Ecuador didn´t.
Q: Why Ecuador did not sign?
A: Negotiations were suspended due to a reform of hydrocarbons exploration contracts, which was approved by the National Congress. Then came the revocation of the Occidental company, in May of 2006. Furthermore, a treaty was not an objective of the previous Government.
Q: What should be done now to negotiate a trade agreement with the United States?
A: First, it is necessary to return to the negotiating table, by activating the ‘Bilateral Dialogue Mechanism,’ which was suspended in 2011. Then, we must take into account that the Government of Donald Trump is reviewing all bilateral trade conditions. As evidenced by the renegotiation of the treaty with Mexico and Canada, known as Nafta. Trump has ordered the Commerce Department to review all business practices in countries that sell products to the US and that enter with zero tariffs and that have a surplus (the case of Ecuador) and do not give the same privileges to the US products.
Q: Is it possible to activate the dialogues for an agreement?
A: Conversations with the US should be activated, but in a more structured, professional and pragmatic way, with a clear strategic plan based on our objectives and not constrained by ideological dictates.
Q: Do you think that if the dialogue is opened, issues such as Chevron and arbitrations come to the table?
A: The country has GSP tariff preferences along with more than 120 nations. These preferences can be lost if the countries do not meet the eligibility criteria, for example: when arbitration awards are not recognized.
Having disputes with US companies and not giving reasonable and comparable access to US products. All these points can affect the approval if there is not an Ecuadorian action. The private sector takes the issue very slightly since Ecuador has an opponent as big as Chevron that is persistently lobbying against Ecuador. (I)

Attorney General opened a preliminary inquiry into the Singue case