Luis Soto, the man who trained to narrate the World Cup in Quechua 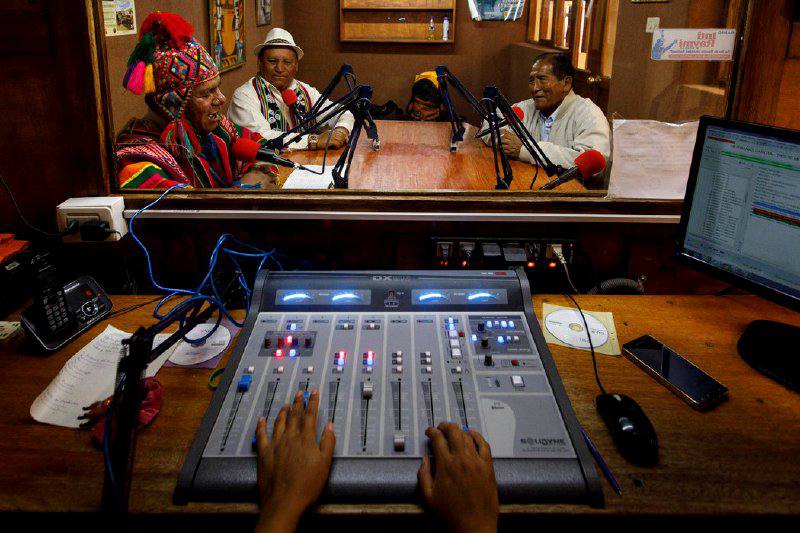 The language of the soccer matches is full of phrases, metaphors and clichés that reflect modern life: a coach who parks the bus, a midfielder who launches rockets, a forward who makes a bicycle and scores. But at 3,352 meters, in the Peruvian Andes, the vocabulary changes. That’s where Luis Soto, who runs a daily sports program on Inti Raymi radio, is narrating in his native language, Quechua, Peru’s first appearance in the World Cup since 1982.

Soto narrates the actions that happen on the playground with references that are closest to his home in Cusco, Peru. When a midfielder controls the ball and neutralizes attacks, he is sacking the ground. When a player kicks the ball hard, he ate a lot of quinoa.

And when Édison Flores, one of Peru’s biggest stars, scored a goal against Ecuador that helped the team qualify for the World Cup in Russia, Soto said the player built roads where there were only narrow paths. Before that, the narrator had to solve a basic problem: find a word to say the ball.

Quechua was created by the ancient Incas and the only word for a ball that, according to him, was used in Cusco, was rather a sphere made of pieces of flame neck skin and used in religious ceremonies. “There was no term, so we adapted it,” he said.

After consulting with local players, he decided to use qara q’ompo, which means leather ball, or sphere. It is one of the almost 500 terms and phrases that it has gathered in the last decade in what is perhaps the only Quechua dictionary in the world. The narrator shares it at no cost with anyone who is interested. Quechua is an oral tradition that is written in transliteration in Spanish and varies in different parts of the country and the continent.

Soto, like most Quechua speakers, learned the language at home, not in the context of an academic background. His soccer dictionary reflects only his experience and regional interpretation. Language experts from other parts of Peru, for example, say that the words ruyruku and haytana have also been used to refer to a ball.

In order to prepare for the World Cup, Soto, 44, spent months practicing with video games to perfect his speed and tone, knowing that his listeners – hundreds of thousands of them – are living for the first time in their language native the important sporting moment of Peru (that was eliminated after its defeat before the selection of France).

Soto, who broadcast his first national team match in 2004, compiled his glossary of soccer terms primarily by asking the locals how they described what they were doing. Then he practiced with the pronunciation and incorporation of those words in the fast pace of the matches.

A struggle to keep the language alive in young people

Luis Soto celebrates Quechua while Peru takes steps to revitalize this historically marginalized language and tries to deal with racism against indigenous peoples, who make up about a fifth of the country’s population.

In 2016 the first daily newscast was broadcast entirely in Quechua on public television, and the government recruited two players from the Peruvian team that is in the World Cup, Flores and Renato Tapia, to spread a message of tolerance in a campaign national advertising

Soto said that his effort is part of a struggle against shame and intolerance that has caused some parents to stop teaching their children language.

The 2007 census, the most recent available, revealed that Quechua is the mother tongue of 3.4 million people, about eleven percent of the population. (I)