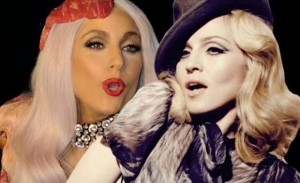 Popular singer Madonna seems unwilling to abdicate the throne, according to a British-pop and half attacked his colleague Lady Gaga writing a song, although it is unclear if this letter goes into preparing disco singer of “Like a Virgin.

“You’re a copycat, where are my royalties are?’re A pretty girl, I admit, but try to steal my recipe is very ugly. Would you have studied thoroughly? You’ll never be anything more than my shadow.’re A bad copy (…) can not be me, “Madonna wrote, published The Sun

Nicaragua Authorities work to free 24 miners trapped in mine

Workers Party supports Rousseff after the acceptance of Silva in Brazil