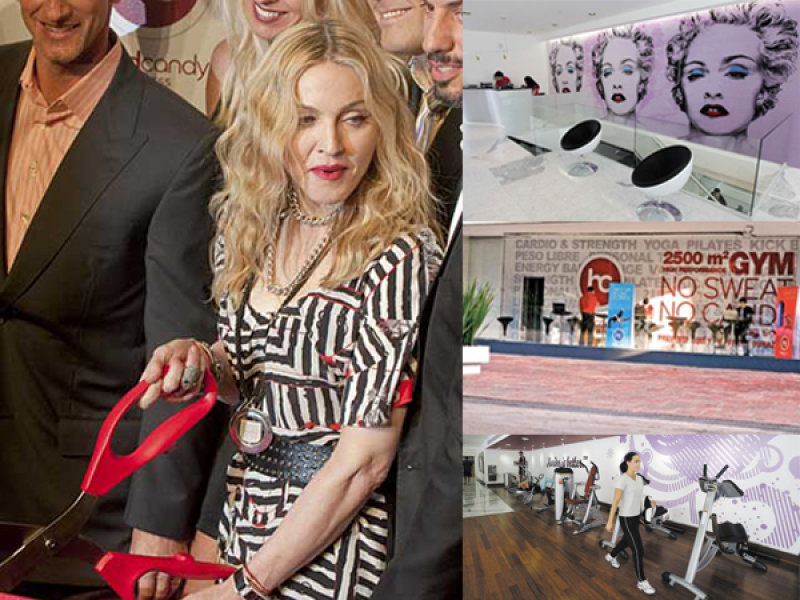 She is an icon, she broke the rules, she had children, she wrote a children’s book, she is the pop queen and has amazingly toned arms. Madonna launched the first of the “Hard Candy Fitness” gyms—which may eventually include gyms in Russia, Brazil and Argentina—in Mexico City on Monday.

“I have a history with Mexico,” said the Like a virgin singer, who also confessed she admires Frida Kahlo, one of the most important painting figures of the 20th century.

Hundreds of fans tried to get a glimpse of the blonde singer, but security agents tightly guarded her. Inside the 30,000-square-foot gym, Madonna gave a short dance class to some lucky hand picked members.

The artist said she is getting ready for her new album, where she will work with fellow singers, and new movie in 2011. The like a prayer singer is also considering giving her 4 children another brother or sister next year.