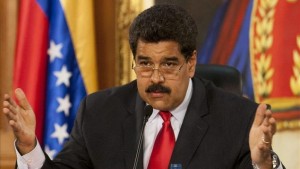 Venezuelan President Nicolas Maduro said that he tends “a hand to the US Government” to advance “together forward Frank dialogue” after the declaration of “national emergency” announced by the US President Barack Obama.

“I lend a hand to the US government to advance together forward frank dialogue and seek a solution based on international law, mutual respect, so this serious problem that has been created is remedied,” said the President .

He also described as “exaggerated” and “disproportionate the fact that they have declared a national emergency in the whole US territory” by the “threat” that, according to the US government, Venezuela represents.

“It is illegal under international conventions and that must be rectified and corrected,” he said.