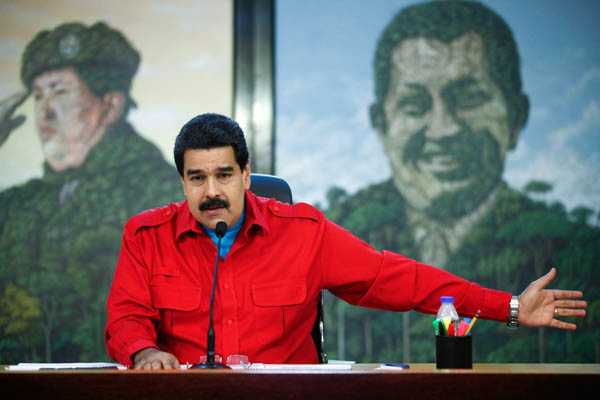 Venezuela’s President Nicolas Maduro said yesterday that on Tuesday, when he appears for accountability to Parliament, will announce a series of measures to “accelerate” economic transition to “productive socialism”.

Upon arrival at Simon Bolivar International Airport, after a twelve-day tour by oil producing countries, Maduro said he arrives “recharged of force” and willing to be accountable to “the people”.

On mandatory radio and TV, the ruler spoke of “economic sabotage” of “oligarchic right”, referring to the shortage of basic products which keeps consumers making endless queues in front of shops.

Regarding the shortage, Maduro, announced that will deliver an “ultimatum” to the distributors of food and hygiene products, which he accused of having caused a rebound in shortages in recent days.

At the time, Venezuela faces an inflation rate of 64%, the highest in the region, amid a recession which, analysts say, would continue this year by falling oil prices.

The price of a barrel of oil, the main source of income of Venezuela, fell to $ 39.19 last Friday, as reported by the Ministry of Popular Power for Oil and Mining.