Last month a survey from the firm Datanalisis published in the El Universal newspaper, revealed that the approval of the Venezuelan president, Nicolas Maduro, fell to 37% in April, its lowest level since he took office a year ago.

According to the Datanalisis survey, carried out in homes of 1,300 people older than 18 and from all socioeconomic strata, with a confidence level of 95%, the president’s popularity has been hit by the wave of demonstrations demanding the high inflation, shortages of commodities and the pressing crime.

According to the survey conducted between March 31 and April 20, 59.2% of respondents disapproves Maduro’s management, 37% considers it positive and 2.8% did not respond. In a similar study done in last February, the positive assessment to Maduro’s management was 46.8%, 10 points more.

Datanalisis also revealed that the protests have reduced support for the opposition. 39.6% approves it and 50% rejects it, according to the survey that also showed that 20.1% agrees in Maduro leaving office, while 19.7% think he should complete his mandate in 2019. 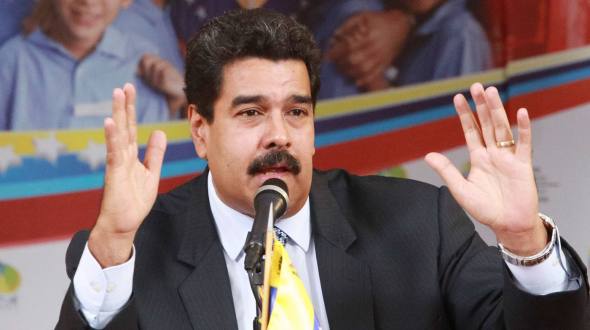 6 out of 10 Venezuelans disapprove with Nicolas Maduro’s Government.