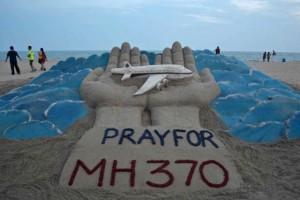 Malaysia marks this March 8, the first anniversary of the disappearance of flight MH370 without official events in memory of the 239 people aboard the Malaysia Airlines Boeing 777.

The airline plans to pay tribute in a private ceremony to their 12 crew members aboard the plane, which disappeared after veering off its course to Kuala Lumpur-Beijing 40 minutes after talking-off takeoff.

The Malaysian government has decided not to hold any official ceremony to mark the anniversary, so some families have chosen to organize their own event the evening of March 8 in the Malaysian capital.