Malaysia Airlines missing plane could have been shot down by the U.S. and Thailand

So it was confirmed by writer and journalist Nigel Cawthorne, who wrote a book in which he claims that Malaysia Airlines MH370 plane disappeared on last March 8, was shot down in a joint military exercise between the U.S. and Thailand.

According to Cawthorne, whose book goes on sale this Monday in Australia, the whole search for the plane is merely an international cover operation to ensure that the truth never comes to light. The journalist revealed that his theory is based on the testimony of an employee of a New Zealand oil rig Mike McKay said he saw a plane falling in flames in the Gulf of Thailand.

Also, the writer states in his book that when the plane lost communications, some military training was being carried out in the South China Sea between Thailand, United States and personnel from China, Japan, Indonesia and other countries.” The drill included land, air and sea maneuvers with live ammunition,” says Cawthorne. 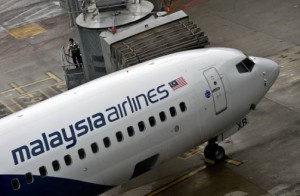