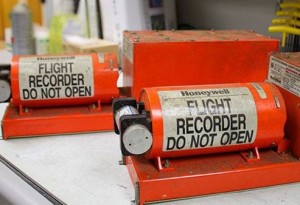 The first data from the black boxes of the Boeing 777-200 of the Malaysia Airlines plane shot down on July 17 in eastern Ukraine, indicate as cause of the accident the missile impact, reported yesterday Ukrainian Security Council in Kiev.

“On the plane there was a massive explosive decompression as a result of shrapnel impacts caused by the missile,” said spokesman Andrei Lysenko, in Kiev.

In this context, the Russian satellite data indicated that the Malaysian plane could be shot down by a ground-air rocket fired from a Buk-M1 platform from the Ukrainian air defense, or by a jet fighter bomber Su-25, detected by radars of the Rostov’s monitoring center on the border, in the same trajectory as the flight MH17, for four minutes.

Meanwhile, Ukraine and the Netherlands agreed yesterday the deployment of an international mission in the zone of the Malaysian plane tragedy with the objective of “assist in collecting remains and conducting an investigation at the scene of the disaster.”

UN Council approved the declaration of immediate ceasefire in Gaza