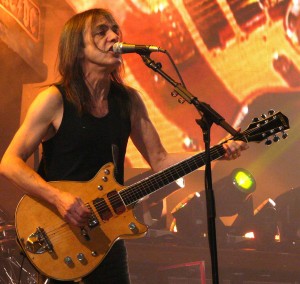 AC/DC though a public statement in their official Facebook account, announced the retirement of Malcolm Young, guitarist and founder of the rock band, which was formed in Sydney, Australia, 40 years ago.

“Malcolm Yonug takes a break in the band for his health, we would like to thank the legions of the group diehard fans for their endless love and support,” was the statement made ​​by the legendary band, which calls for respect on Young’s privacy, and reiterated that the band will continue making music.