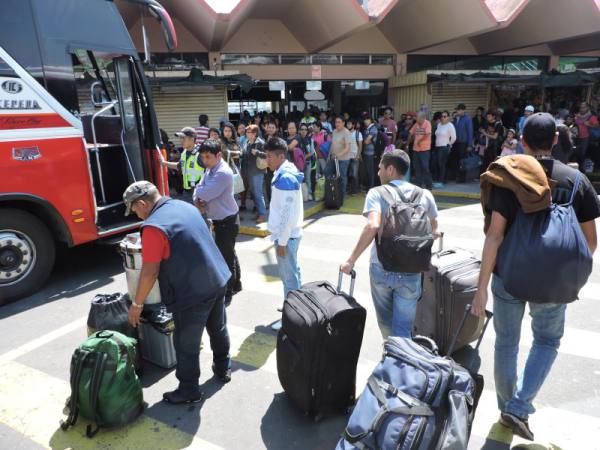 The 2018 carnival holiday was, according to business owners and spokespersons of municipal governments, one of the most attended tourists in the spas of Manabí, after the earthquake of April 2016.

Tourism returned in a massive way and one of the most benefited by that presence was Manta. The projections of the municipal tourism office expected 300 thousand visitors in the four days of the holiday, but only on Sunday at the concert of the Colombian artist Silvestre Dangong attended by some 150 thousand people, estimated by the Department of Communication of the municipality maintain.

The concert was held at El Murciélago beach and was part of a broad agenda organized by the council and the private company with the slogan Carnival 2018 #MantaEsTodo. In Crucita, a seaside resort in Portoviejo, massive assistance was also registered, while in the northern Manabi spas Bahía de Caráquez, Canoa and Pedernales received thousands of visitors.

Yyesterday was benefited by the presence of the sun, which came out early, auguring a good day for both tourists who were looking for fun and those who were waiting to offer their services. Fabricio Vera, owner of a restaurant in Canoa, said he had sold what he had prepared these days. Cabins raised for the occasion offered fun alternatives with DJ music and events like Wet T-shirt and elections of the carnival kings.

In Playas, the main resort of Guayas, there was satisfaction for the arrival of tourists. Willian Apolinario, head of Tourism of the Municipality, estimated that around 317 thousand tourists arrived during this break and the hotel occupancy skirted these days between 76% and 95%, between Saturday and yesterday.

Despite the rains and the instability of the climate, the beach area was full of visitors who came from different parts of the country. In that locality there were also artistic shows to attract visitors.

Meanwhile, in Santa Elena it was reported that the most popular spas were Salinas, Ayangue and Montañita, although there was also a commercial movement in places where gastronomy is the letter of introduction: San Pablo, Palmar, Libertador Bolívar, Cadeate and Olón.

In the hotel sector, in Salinas the best days of presence of tourists were Sunday and Monday, and the occupation was between 95% and 90%, according to data from the area of communication of the council of that canton. Through a count between the council and Mintur it was calculated that at least 150 thousand tourists arrived at the spa.

Although there are no definitive data, by the number of cars that entered, it is believed that 335,581 visitors could have arrived to the Peninsula.

people It is estimated that they entered all the spas of the Ruta del Spondylus, in the peninsula of Santa Elena. (I)