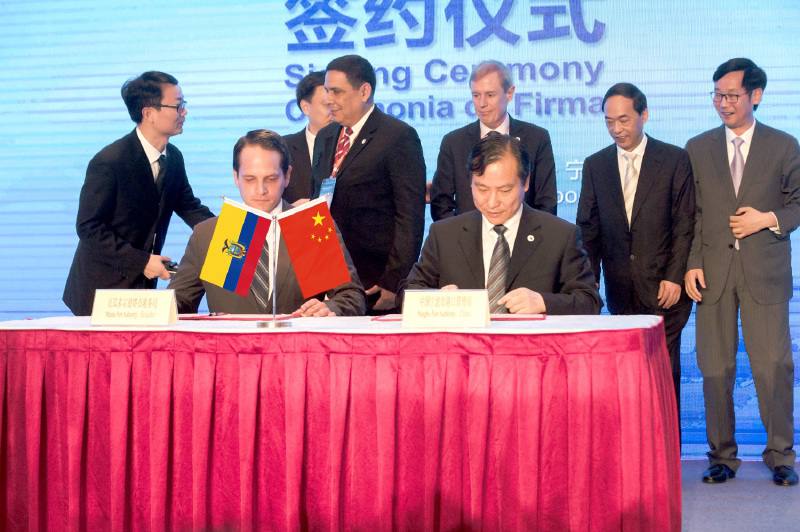 The Manta Port Authority (APM for its Spanish acronym) yesterday signed a cooperation agreement with authorities of the Ningbo Port, reported the state agency in a press release.

The agreement was signed yesterday within the framework of the Chinese Maritime Forum and AIVP 2016, held in the Asian country since Monday. Manager of the APM Kevin Lazo attended the forum.

According to Lazo, this agreement would allow joint marketing activities, exchange of information to forecast future trade flows and obtaining additional information about the shipping market, cargo tonnage, the type of raw materials, as well as the future development plans of the port, in addition to online services and collection and distribution of goods within the legal limits allowed for each port.