Manta port would be concessioned to the Chilean company Agunsa 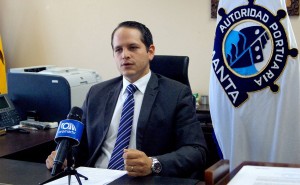 The Deepwater Port of Manta would be concessioned to the Chilean company Agunsa, according to the Ministry of Transport and Public Works Kevin Lazo, director of the Port Authority of Manta, who mentioned the winning bid and details of the negotiations.

Lazo said that bids have not beed officially submitted, “Agunsa submitted a preliminary project that is under review, based on Decree 582 of the regime of collaborations of public-private partnerships.”

He explained that the offer of Agunsa is the operation and expansion of the Port of Manta, “the proposed investment is approximately $ 175 million. For its part, the State will participate with the current infrastructure of the port valued at $ 105 million which corresponds to 18 hectares.”