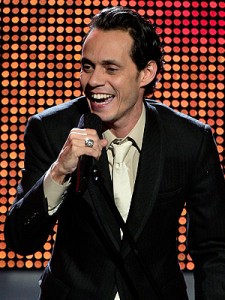 The famous Puerto-Rican singer, Marc Anthony delayed the concert he had on San Juan on Sunday. Because of an acute laryngitis, the concert will be this Tuesday.

Angelo Medina, the artist manager said that several medics guaranteed that if Anthony rests for 48 hours he would be in good health to perform in the square José M. Agrelot of San Juan.

Medina expressed his concern on the situation of Marco Antonio Muñiz, real name of the artist, since he never postponed a show during the 20 years of his career.

“Marc told me on Saturday he was anxious to sing before his people, and that he hadn’t been able to sleep the previous night, it seems that this also affected his throat.” Stated the manager.

Anthony included Puerto Rico on the “Icons” tour, which began on September 10 in New York. He had planned two performances for the weekend on San Juan.

Chilean Miners Story will be on the Small Screen