The Nobel Prize in Literature 2010 was awarded to Mario Vargas Llosa “for his cartography of structures of power and his trenchant images of the individual’s resistance, revolt, and defeat”. 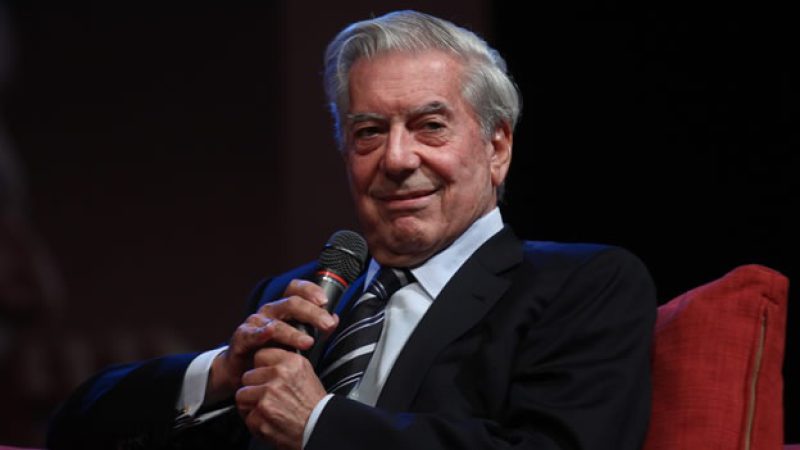 This Thursday, October 7th, Spanish nationalized writer Mario Vargas Llosa became the winner of the Nobel Prize in Literature; he is the first Latin-American writer to receive this award since 1990, when Octavio Paz (Mexico) won it.

He was born in Arequipa, Perú in 1993 and began writing after graduating from high school when he worked as a journalist and columnist in several Peruvian newspapers. He met his father at the age of 10; this changed his life. He attended San Marcos University in Peru, and therefore began writing stories.

In 1955, he moved to Europe with his first wife Julia Urquidi, who was his aunt, hoping to find new experiences for his career as a writer.

“La ciudad y los perros” was his first published novel and one of his most read books, it is based on his childhood and got him one of his first awards (Biblioteca Breve and Crítica) in 1963, Spain.

Vargas Llosa has written an extensive library, some of his books have inspired movies, such as “Pantaleón y las visitadoras” (1973) where he tells the story of an officer who owned a brothel for military.

“Conversación en la Catedral” (1969), another of his most remarkable literary works, is based on Peru’s dictatorship in student environment during the last century. “La tía Julia y el escribidor” (1977) is a fictional autobiographic novel based in his first marriage.

After divorcing Julia Urquidi and living for years in Spain and France; the writer got married again in Lima, this time to his cousin Patricia Llosa in the year of 1965. He moved back to Europe with his new wife (París, Londres and Barcelona).

José Mario Vargas Llosa (complete name) is known for his prose where he widely describes his characters, which also have a taste of his personal experience.

“El sueño del celta” is the name of Vargas Llosa’s most recent novel; he will travel to Stockholm on December 10th to attend the Nobel Prize ceremony, where he will give a speech in the name of all the awarded personages.