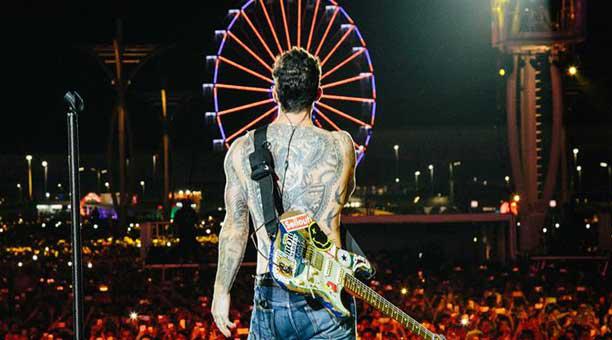 “Hello Ecuador” is the message that Maroon 5 broadcasted this Thursday, January 11, 2018 through its Facebook account. With this the expectations of a possible concert of the band in the country were awakened. In just one hour, the publication adds more than 7,900 ‘likes’ and 852 ‘shares’. 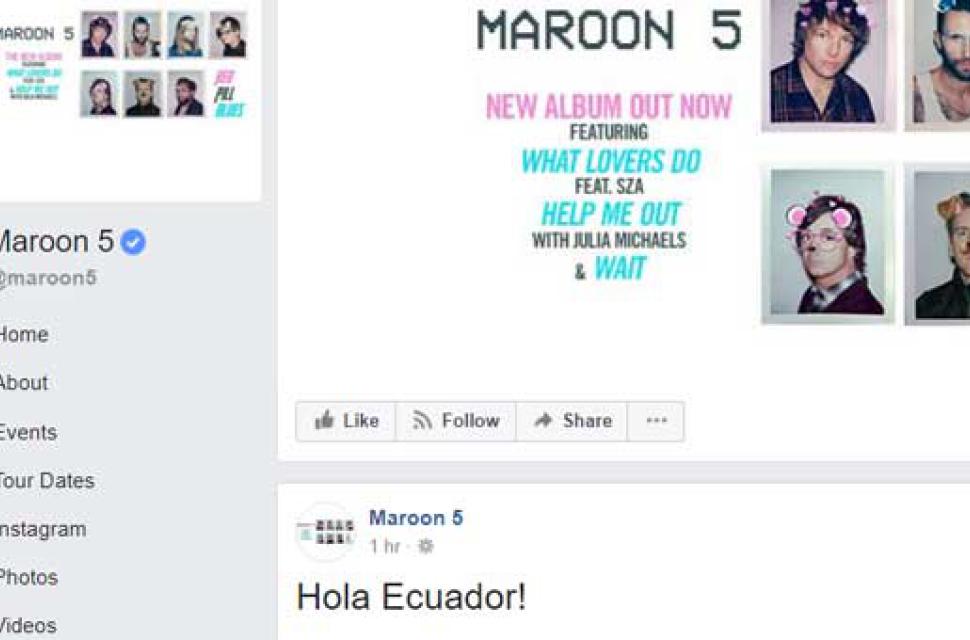 For his part, as Bruno Mars did in 2017, So High Events broadcasted a video on Instagram. He did it almost on par with the band’s Facebook post.

“The biggest event of 2018 is coming. Wait for it very soon” is the text that accompanies a short clip in which you can distinguish Adam Levine, leader of Maroon 5

This message was also broadcasted some time later through the Facebook page of Ticketshow – the company in charge of selling tickets to events in the country.

On the website of the band that is currently touring the United States, the last confirmed date is for October 15 when they will offer a concert at Madison Square Garden in New York. (I)