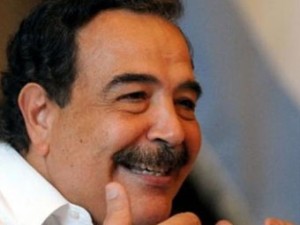 The Mayor of Guayaquil delivered yesterday  details about the aspects in which the Council has helped education in the city, after the Education Minister, Augusto Espinosa, announced the conditions that the municipality must meet to be able to intervene in schools.

Nebot noted that the municipality can coordinate actions with the Ministry to improve the infrastructure of the educational units, as it has been doing for the past eight years, but not meet to deliver money.

“(In education) we invest – and without having to do it – $ 15 million a year, and for many years, they are not only two millions”, noted the burgomaster in his radio report on Wednesday, who also said that the City Hall has delivered to students free books, scholarships, laboratories, passages for the Metrovia and new or refurbished computers.

“That is a slander from the Minister of education – slander, not lie – that I have handed over old and damaged computers to the public  schools. Never to a public school or college we have given computers that are not new”, Nebot said.

For his part, Minister Espinosa said yesterday that he will not allow the students to be used for political rallies in the delivery of tablets. About this, Mayor Nebot said that he does not use anyone for political rallies, and indicated that there should be a place to reward the thousands of young people. “Where do you want me to reward them? in the hall  of the house  of the Minister?”, he said.

The mayor said that the Ministry of education can’t do a review of electronic tablets that will be delivered to the high schoolers, because they have already completed their education period and the State portfolio has no interference on them. “Go frighten  and condition others, not me,” said Nebot, who added that the equipment will be delivered in the municipality.