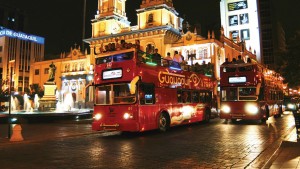 The meetings tourism segment represents the 54% of the market of business travel. In addition, what you spend this kind of traveler is three to four times higher than the tourist from other segments.

That is why the Guayaquil tourism-related sector applauds the initiative of Mayor Jaime Nebot in creating a Bureau of conventions by the Tourism, Civic Promotion and International Relations Company and to be a member of the International Association of congresses and conventions (ICCA).

Ricardo Baquerizo, President of Exploplaza, believes that it is important that the city look towards that kind of tourism, even geographically Guayaquil has many advantages by its air frequencies, distances and flight times. He also believed that there must be greater promotion in order to achieve a breakthrough in this type of tourism in a few years.

An example is the Convention Center with capacity to receive important international events, as it has done since its creation.

“It is estimated that for every dollar invested in a fair, the city receive $35, which can be more. That kind of travelers invest much. Staying in hotels of first, going to nice restaurants. And usually does not travel only. While he attends events,  his companion travels the city or country”, mentions Baquerizo.

However he considered that promote the city as a place for conventions requires a lot of preparation. An example: to achieve the develop of the XXII World Orchid Conference in Guayaquil in 2017 will take us nine years and a good economic investment.