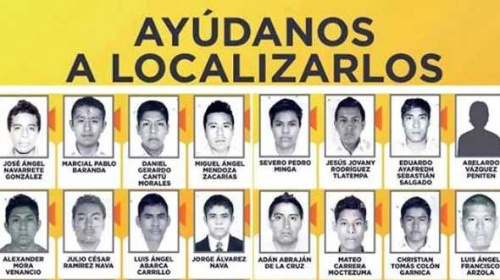 Mexico’s general attorney reported this Friday that the alleged drug hitmen arrested have stated that the 43 missing Mexican students are dead and their corpses were burned.

According to new testimony from detainees, hostages were taken that night in vehicles to a dumpster in the nearby town of Cocula where about 15 of them already arrived killed by asphyxiation.

“The detainees say that in that place took the lives of survivors and then threw them into the bottom of the dumpster and burned the bodies,” said Attorney General Jesús Murillo Karam, in a press conference.

The prosecutor stated that detainees said that the charred remains were put in garbage bags dumped into a nearby river. However, he said that until it has evidence of their deaths they will continue considering them as missing.

A total of 43 students have been missing since they were attacked by police in the city of Iguala (south) on the night of September 26 and then delivered to a drug gang hitmen.