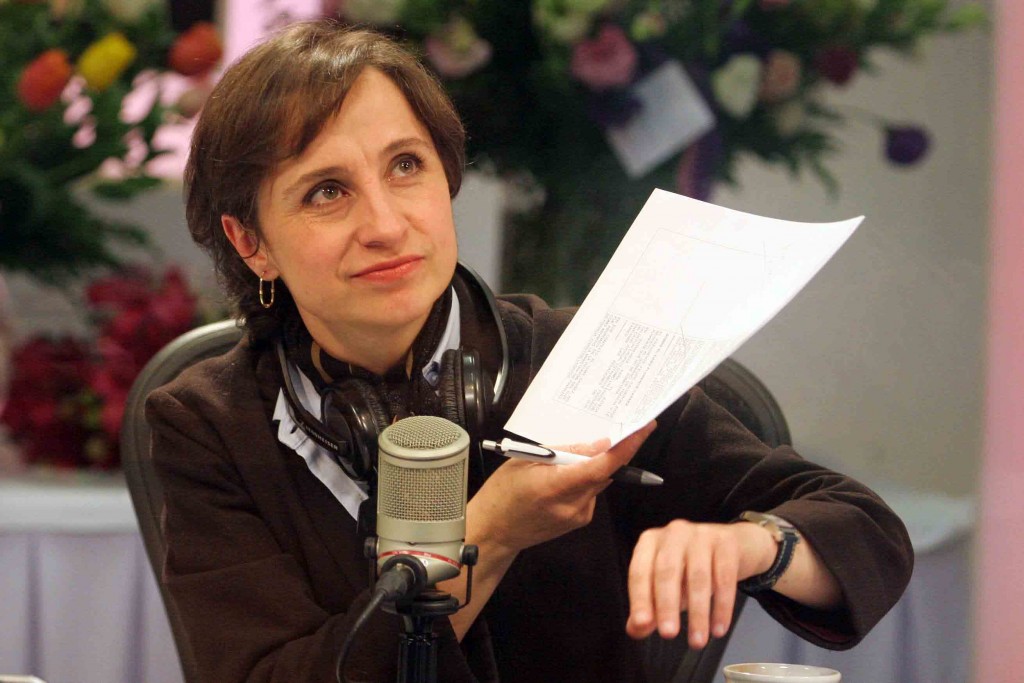 Mexican journalist Carmen Aristegui denounced on Monday that her departure from the influential radio program she hosted is an attack on freedom of speech planned by someone ‘very powerful.’

My dismissal is “a very serious blow, it’s an outrage and our lawyers tell us that they have no right to do so and we will fight,” Aristegui told reporters convened on Monday morning in front of MVS Radio, the radio station that fired her.

Aristegui, 51, has been one of the harshest review voices with the recent Mexican governments and with her team, she was responsible for investigations which revealed major scandals such as the controversial purchase of a luxurious mansion by the Mexican first lady to an important government contractor.

MVS Radio, which on Monday placed a new host in the Aristegui morning space, announced on Sunday night the dismissal of the journalist in the context of a conflict involving the station in ‘Mexico Leaks,’ a new platform that receives leaks about corruption.