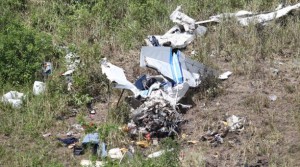 The collaborators are drivers, mechanics, security guards, even divers. They are all part of a complex network of collaborators that have been recluted by the Mafia in order to transport drugs from Ecuador throughout Central America and the USA.

Even in this operation, include people that are not part of any known illegal organization.

These persons are simply hired, even for one time, to transport illegal cargo from the borders near Quito or Guayaquil. If they are able to transport, they are paid around 400 dollars per shipment. But when the collaborators are regulars in the drug trafficking network, they can receive around 30 thousand dollars per shipment. These data are contained in police records.

The investigators know that different groups are involved: Mexicans, Russians and even the Colombian FARC. This Friday, the country was mentioned in a report by the US Department of State in which it is stated that in Ecuador, many illegal organizations were operating: the Mexican cartels of Sinaloa, and the Zetas. (I)