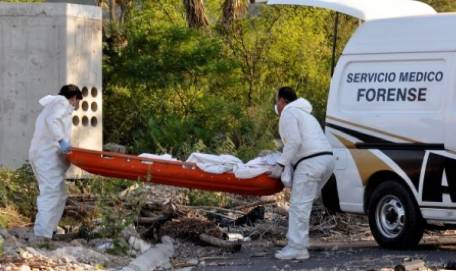 Eleven semi charred bodies and some beheaded were found this Thursday morning on the side of a highway in the state of Guerrero (southern Mexico).

The 11 bodies were found on a road that link¡s the Ayahualulco and Chilapa communities, 330 km from Mexico City and 40 from Ayotzinapa, where the 43 missing youths studied.

“This morning were found the bodies of 11 people who besides being executed were beheaded and then some were burned,” told to AFP a source of the Secretary of State of Guerrero, who requested anonymity.

The finding occurred hours before President Enrique Peña Nieto announced a national plan to confront the insecurity and violence following the disappearance of 43 students two months ago, also in Guerrero.

The reform, which the president will send on Monday to the Mexican Congress, incorporates the possible “dissolution” of a city hall “when sufficient evidence that the local authority is involved with organized crime exist” said Peña Nieto.